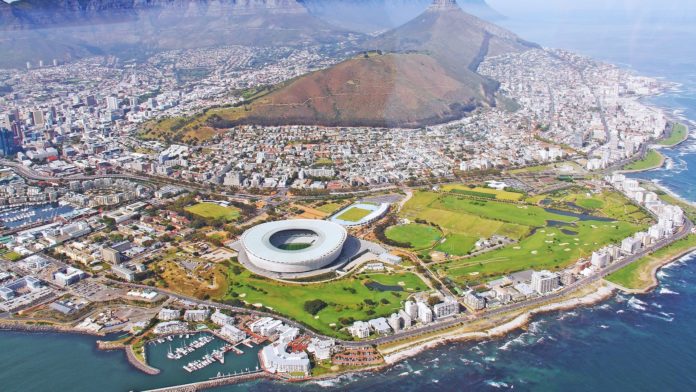 As winter approaches in the northern hemisphere, summer beckons in the south. This is the time to take a few days off and follow the sun! The best place to catch the sun in the end of year holiday season is without doubt Cape Town. Cape Town’s claim to being the most beautiful city in South Africa is undisputed. And seasoned travel writers readily accept the merit of Cape Town’s claim that is indeed one of the most beautiful cities in the world.

The city is blessed with unrivalled gifts of nature. The mighty kilometer high flat top Table Mountain dwarfs even the most ambitious skyscrapers in the business district. The city is surrounded by glorious landscapes, stunning beaches and a bounty of unique vegetation. Where else do you have a choice of the cool Atlantic Ocean and the warmer Indian Ocean?

But Cape Town offers much more. It is reputed to be the most open-minded and relaxed city in South Africa and is one of the safest cities in Africa for visitors. Action hero Jean-Claude Van Damme visited the city in 2003 to shoot an action thriller and declared: “I love waking up in this city with the sea around me and the fresh air. The people are young with fresh and warm personalities and are friendly and it’s a country full of hope.”

The movie was shot in the city and around the harbour and some local funs got to see Van Damme at the waterfront. This is the same country that has produced some of the most inspiring people of our times. Desmond Tutu – the Nobel Peace Prize winner and past leader of the Anglican flock in Cape Town, for example. And of course Nelson Mandela.

Take a boat trip to Robben Island, one of the hottest destinations for overseas visitors. This is where Nelson Mandela nearly lost his sight quarrying lime during his long imprisonment. Make sure to get to the summit of Table Mountain by cable where you will enjoy some unforgettable views.

Northwards of the city center is the Victoria and Albert waterfront- a trendy shopping and entertainment complex. It is packed with art galleries, art and craft shops, restaurants, taverns, cinemas, theatres and an aquarium. It is easy to see why many beautiful people converge here. It is when in Cape Town that you will understand why Desmond Tutu named the country as the “Rainbow Nation”. The peoples here have roots in the four corners of the planet and together give the city its vivid colours.

Cape Town is well connected to one of the most popular travel destinations in South Africa: the Garden Route. The Garden Route is the southern coastal area starting west of Cape Town at Swellendam and ending at Humansdorp just before Port Elizabeth. The Garden Route is probably the most scenic journey you will ever make. You encounter soaring cliffs, wide beaches, semi desert, rocky coves, rain forests, tranquil lakes and rugged mountains.

The area is good for watersports and the weather allows this year round. A visit to the wine producing regions can also be staged from Cape Town. If you are short of time, head for picturesque Stellenbosch just a 45-minute drive away.

7 Things to Do on Your Next Lake Trip