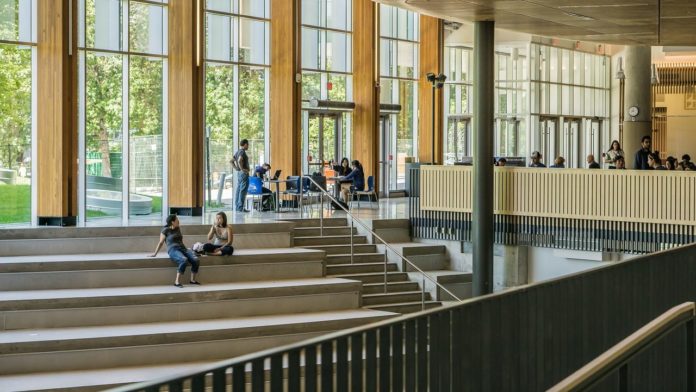 The US and the UK continue to dominate the global higher education landscape. So, I wasn’t surprised one bit when I read the results of the Times Higher Education‘s World University Rankings 2020. Seven of the world’s top 10 best universities are in the United States, while the UK is home to the remaining three.

According to the 2020 World University Rankings, the UK witnessed a decline in the number of universities. Back in 2016, it had 34 institutions among the top 200, but the number has declined to only 26 in the latest ranking. The rankings of many British universities have also been falling.

On the other hand, China, Japan, and Germany have been investing heavily in higher education. China now has seven universities in the top 200. Germany managed to boost the number of universities among the top 200 from 20 in 2016 to 23 in the latest report. The United States has 60 out of the top 200.

The Times Higher Education ranked 1,300 universities from 92 countries based on teaching quality, international outlook, knowledge transfer, the volume and reputation of research, citations of research, and other factors. These are the ten best universities, according to the latest ranking.

The University of Chicago is a private research university with more than 13,000 students. It received an overall score of 90.2, performing particularly well in research citations and the volume of research. The university is known for its professional schools such as the Booth School of Business and Pritzker School of Medicine. As many as 98 Nobel laureates have been affiliated with the University of Chicago as faculty, students, or researchers.

This Ivy League research university scored 91.7 points in the Times Higher Education’s latest ranking. Yale ranked highly in terms of the quality of teaching, the volume of research, and research citations. It has 12,400 students. Founded in 1701, Yale is one of the nine US universities chartered before the American revolution. Yale has produced 61 Nobel laureates, five US Presidents, and 31 living billionaires.

Harvard is the oldest university in the United States, having been established in 1636. It slipped one spot to occupy 7th place in the latest ranking with an overall score of 93.0. Harvard has more than 20,000 students. It ranked near the top in research citations, volume and reputation of research, and teaching quality. Harvard lags behind other reputed universities in terms of industry income.

Founded in 1746, Princeton University in New Jersey received an overall score of 93.2. It ranked highly in terms of teaching quality, the volume of research, and research citations. Princeton has about 8,000 students. It has produced many graduates that went on to change the world, including Jeff Bezos, Eric Schmidt, and Alan Turing. At least 65 Noble laureates have also been affiliated to Princeton.

MIT is one of the best engineering and technology colleges in the world. Founded in 1861, it has a strong culture of innovation and entrepreneurs. With an overall score of 93.6, MIT ranked near the top in every aspect. Many of the world’s largest corporations including Boeing, Koch Industries, Intel, Qualcomm, LinkedIn, HP, and others were founded by MIT alumni.

Established in 1891, Stanford is one of the world’s top educational institutions. Its proximity to Silicon Valley helps Stanford stay at the forefront of technological innovation. It has produced legendary entrepreneurs like Elon Musk, Peter Thiel, Larry Page, and Sergey Brin. Stanford received a total score of 94.3. At least 83 Nobel laureates have been affiliated with Stanford University.

Established in 1209, Cambridge is one of the world’s oldest and most reputed institutions of higher education. It was founded by scholars who departed Oxford following a dispute. Cambridge and Oxford remain healthy rivals till date. It ranked near the top in every aspect except industry income, and received an overall score of 94.4. Many of the world’s greatest minds including Charles Darwin, Sir Isaac Newton, and 85 Nobel laureates have been affiliated with Cambridge.

Unlike other educational institutions on this list, Caltech doesn’t have a huge campus. It has only about 300 faculty members and 2,200 students. But don’t let its small size fool you. It rivals MIT in the volume of research, innovation, teaching quality, and research citations. Among the US colleges, Caltech has the highest percentage of students who go on to earn a PhD. Caltech faculty, alumni, and researchers include 73 Nobel laureates.

Established in 1096 (yes, it’s nearly a thousand years old), Oxford retains its position as the world’s top educational institution for the fourth consecutive year. It received an overall score of 95.4. The University of Oxford consists of 39 constituent colleges and a number of academic departments. Oxford alumni include 28 UK prime ministers, more than 50 Nobel laureates, and 160 Olympic medalists.