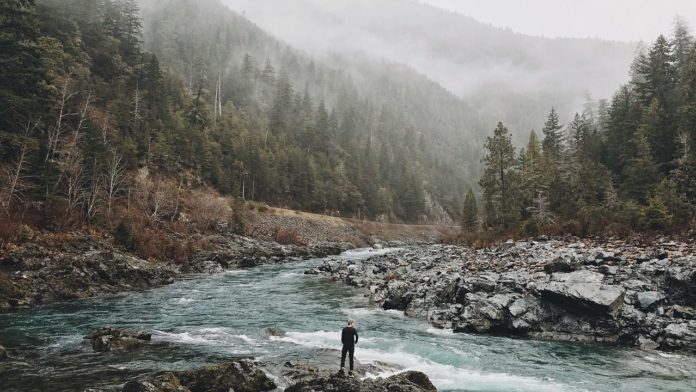 The Mediterranean country, which has been named the most “travel-ready” nation by the WEF since 2015, was followed by France and Germany in the index. Japan and the United States rounded out the top five.

A total of 140 countries were included in the ranking, which the WEF publishes every other year.

The index was compiled by measuring 90 individual indicators in each country, which fell into categories such as environmental sustainability, health and hygiene, natural and cultural resources, and international openness.

However, in its report, published Wednesday, the WEF also warned that many countries were at a tourism “tipping point” — meaning surges in visitors threatened to overwhelm or damage the resources that attracted tourists in the first place.

This was particularly true for developing nations, the report said, calling for more work to be done by the tourism industry to help preserve cultural and natural assets.

One example of this was Thailand, the WEF said, where authorities were forced to close the famous Maya Bay cove after a rise in tourism caused extensive ecological damage to the area.

The 10 most attractive countries for tourists in 2019

Switzerland’s position in the top 10 hasn’t changed since 2017, with the small European nation scoring highly for its business environment, environmental sustainability and labor market.

The country isn’t just appealing to tourists, however — in HSBC’s 2019 expat survey, Switzerland was named the best place in the world to live and work, and the Swiss city of Zurich topped Deutsche Bank’s 2019 quality of life ranking.

The WEF gave Canada the top scores in the Americas for safety and security, environmental sustainability and air transport infrastructure.

In August, data from Statistics Canada showed the number of American visitors to Canada during the first six months of 2019 was the highest it had been for that period since 2007.

Italy’s ranking in the 2019 report was unchanged, with tourists flocking to its famous cultural sites like Rome and Florence.

The report’s authors noted that authorities in Venice have plans to redirect cruise ships away from the city’s central islands following public discontent.

“It is vital that policy-makers pay attention to these trends,” they said. “Failure to adequately address issues related to rising tourism numbers has the potential to negatively impact future competitiveness, making nations victims of their own success.”

Australia, famed for its diverse landscapes and unique wildlife, scored well for safety and tourist infrastructure but fell short in the price competitiveness category.

In May, Australia was named the top dream vacation destination in a survey of U.S. travellers.

A general view of the Long Walk leading to Windsor Castle on May 9, 2018 in Windsor, England.Samir Hussein | WireImage | Getty Images

The U.K. slipped one place lower in this year’s ranking, receiving a low score for its price competitiveness.

Britain’s departure from the EU is expected to impact travel to the U.K., with experts at Oxford Economics predicting a no-deal Brexit may lead to a 4% increase in inbound tourism due to a weaker currency. Outbound tourism, however, would decline by 5%, economists said.

The U.S. overtook Britain this year to claim fifth place in the WEF’s ranking.

On Wednesday, a report by Mastercard showed that Tokyo was the ninth most-visited city in the world in 2018, with 12.93 million people traveling to the Japanese capital. Mastercard forecasted a 10% increase in tourism to Tokyo for 2019.

In third place, Germany has been in the WEF’s top three most attractive tourist destinations since 2017.

Lonely Planet’s top recommendations for visitors to the country include trips to the cities of Berlin and Munich, as well as the Black Forest in southern Germany.

Paris was the second-most visited city in the world last year, Mastercard’s research showed, with more than 19 million tourists flocking to the city.

According to data from the French government, nearly 90 million tourists travelled to France in 2018, marking a new visitor record for the country, which hopes to welcome 100 million foreign tourists in 2020.

“Spain is both a stereotype come to life and a country more diverse than you ever imagined,” Lonely Planet says, highlighting the historical Alhambra in Granada and the beach resort of San Sebastian as must-see destinations.

The WEF said Spain remained the most competitive country for attracting tourists thanks to its rich natural and cultural resources.