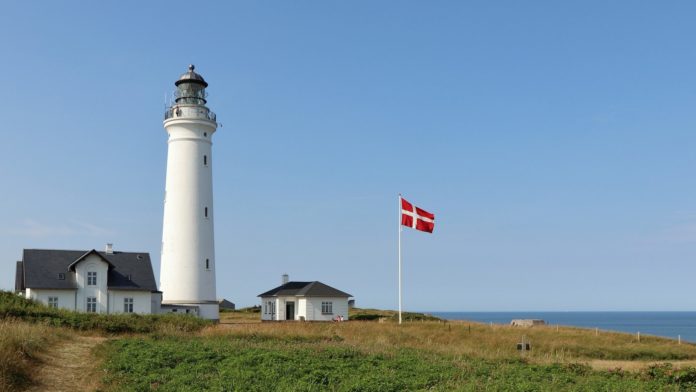 COPENHAGEN — Casper Klynge, a career diplomat from Denmark, has worked in some of the world’s most turbulent places. He once spent 18 months embroiled in reconstruction efforts in Afghanistan. For two years, he led a crisis management mission in Kosovo.

Yet Mr. Klynge, 46, says his toughest foreign posting may be the one he has now: as the world’s first foreign ambassador to the technology industry.

In 2017, Denmark became the first nation to formally create a diplomatic post to represent its interests before companies such as Facebook and Google. After Denmark determined that tech behemoths now have as much power as many governments — if not more — Mr. Klynge was sent to Silicon Valley as an ambassador.

“What has the biggest impact on daily society? A country in southern Europe, or in Southeast Asia, or Latin America, or would it be the big technology platforms?” Mr. Klynge said in an interview last month at a cafe in central Copenhagen during an annual meeting of Denmark’s diplomatic corps. “Our values, our institutions, democracy, human rights, in my view, are being challenged right now because of the emergence of new technologies.”

He added, “These companies have moved from being companies with commercial interests to actually becoming de facto foreign policy actors.”

But after two years in the job, Mr. Klynge, now an ambassador, is under no illusions of where Denmark’s concerns figure in the minds of Silicon Valley executives. Denmark’s population of 5.8 million is smaller than that of the San Francisco Bay Area. Fewer than 0.3 percent of Facebook’s 2.4 billion global users live in the Scandinavian country.

Silicon Valley companies and their leaders have given Mr. Klynge a mixed reception. He has never met with Mark Zuckerberg of Facebook or Sundar Pichai of Google or Timothy D. Cook of Apple. Danish officials said it was like dealing with an opaque new world superpower.

“We’ve been too naïve for too long about the tech revolution,” said Jeppe Kofod, Denmark’s minister for foreign affairs.

So Mr. Klynge’s position is part of an effort “to make sure that democratic governments set the boundaries for the tech industry and not the other way around,” Mr. Kofod said.

Denmark is emblematic of the many small countries that are grappling with technology’s effects on their societies and are frustrated by an inability to meet with, let alone influence, the companies causing that disruption.

Danish officials have been particularly concerned by how technological change is causing challenges that have afflicted other Western democracies: the spread of false and politically divisive content on social media, questions about privacy and data-hungry services, cybersecurity and the low taxes the companies pay outside the United States.

Andrew Cooper, a political-science professor at the University of Waterloo who studies diplomacy, said smaller countries had long needed novel ways to get attention from nations with more power.

The Maldives, for instance, has hosted underwater cabinet meetings to raise awareness about climate change, while Sweden created an embassy in the virtual-world video game Second Life. What’s surprising, Mr. Cooper said, is the extent to which Denmark is applying the strategy to private companies.

“Denmark has to play a different game,” he said.

But the obstacles Mr. Klynge has faced in Silicon Valley have been humbling. He said it had taken nine months to sit down with a senior executive at one of the biggest tech companies, which he declined to name. He arrived expecting a frank conversation on issues agreed on beforehand, including taxes, cybersecurity and internet misinformation — only to be offered a headquarters tour, he said.

When the executive arrived later, he began a brief rant against European regulations of the tech industry, before saying he did not have time for the meeting, Mr. Klynge said. Then the executive left.

As Mr. Klynge was exiting the building, the executive called his mobile phone to ask him to wait. Mr. Klynge thought there had been a change of heart.

“When I got back to the conference room he gave me a goody bag with a T-shirt and cap of the particular company,” he said. He said Danish officials “laughed about this incident a lot afterward, but it says a lot about the mind-set of some of the companies in Silicon Valley.”

Some tech companies said they were beginning to better understand Mr. Klynge’s job.

“If I want to compare notes on technology issues, he’s one of the best-informed people possible,” Mr. Smith said.

Peter Münster, a spokesman for Facebook, said, “It did take a few meetings before we understood the scope and intentions embedded in Klynge’s role.” Now, he added, “we have a good and constructive dialogue with the Danish tech ambassador, who speaks frankly, expressing both criticism and positive feedback.”

Mr. Klynge said Denmark should not be overlooked. As a European Union member, it can influence regulations on privacy, competition, content moderation, taxes and misinformation. (He said he often had to clarify to tech executives that he worked separately from one of Denmark’s better-known officials, Margrethe Vestager, the European Union’s top antitrust enforcer, who has levied billions of dollars in fines against the tech industry.)

Denmark has faced some criticism for putting corporations on the same level as sovereign governments, but other countries are also dedicating diplomatic resources to the tech industry. France created an ambassador for digital affairs, and Australia, Britain and Germany, among others, have added tech-centric postings, often to help facilitate trade and investment. But Denmark said it was still the only country with a dedicated tech ambassador posted overseas.

Priya Guha, Britain’s former consul general in San Francisco, said that even as societal challenges grew as a result of giant tech platforms, economic ties were a top priority for diplomats sent to be liaisons with the industry.

“Diplomacy has shifted. We aren’t in the 1900s anymore; we’re not in a world where it’s all about bilateral relationship with other countries,” said Ms. Guha, now a partner at Merian Ventures, a venture capital firm. “Countries need to adapt their view of diplomacy to counter that. The companies will have significant influence on the world, and you can either step back and watch that happen or you can work with that.”

About 55 people in Denmark applied for Mr. Klynge’s job when it was created. He now has a team of about 11, with seven in California, three in Denmark and one in China. His office is in Palo Alto, Calif., not far from the headquarters of many tech companies.

Mr. Klynge maintains some Danish traditions, like cycling to work every morning. But other aspects of living in California remain a shock.

“Despite probably being one of the places with the highest density of millionaires, every single day I meet homeless people on the streets,” he said. He added that there was no way he could afford to live in Silicon Valley, where fixer-uppers regularly cost more than $1 million, if housing was not provided by the Danish government.

Mr. Klynge said he had approached the tech companies as if they were countries, building relationships and networks. In lieu of often frustrating attempts to meet with senior officials, he spends time with lower-ranking workers, former employees, people from smaller competing companies, civil society groups and government officials.

His team sends intelligence cables to government leaders on what is going on within the companies, as well as reports on issues like cybersecurity, the growing use of health data and autonomous vehicles. Danish officials can then use those to inform policymaking.

Mr. Klynge said he traveled to other tech hubs about half the year, visiting China, India and countries in Europe. He said he was surprised that Chinese companies were more open to discussing political issues than those in the United States.

He counts some successes. Last year, when a Danish citizen was killed by an Islamic terrorist while traveling in Morocco, Mr. Klynge quickly spoke with representatives from Facebook and Google to get them to remove the video of the grisly attack.

“Diplomacy is by nature a long-term business where you don’t necessarily see goals being fulfilled from one day to the next,” he said.