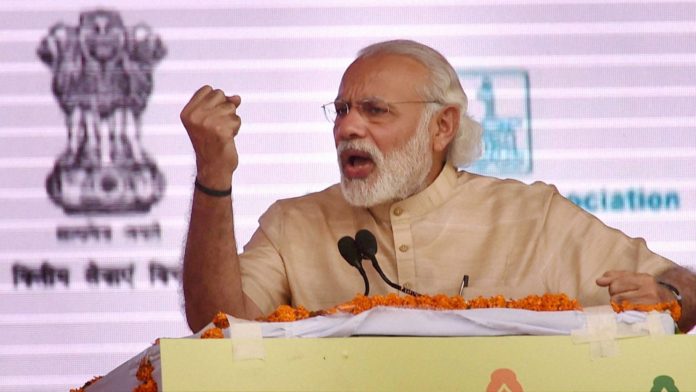 Politics is a wonderful mechanism created to tickle away the odds that might arise in a society. The Political scenario all over the world is filled with lots of ambiguity and unease. The Indian Political scenario is completely a different story contradicting the whole world altogether. The reason behind India’s political clarity is dynamic leadership and awareness of Citizens.

2014 General elections in India has set up a new trend by breaking the old practice of electing coalition government. The Public mandate favoured single Party government after two decades. National Democratic Alliance victory was very much predicted by Psephologists and Political scientists. It reflected the change in the attitude of people who are bored with Scandals and corruption allegations on the then government. The Most Charismatic leader of Bharatiya Janata Party Sri. Narendra Damodardas Modi was announced as Prime Ministerial candidate who was adminsterating Gujarat at that time. As a result, NDA won the elections with the slogan “Ache din aane wale hain”[The good days are ahead].

The Mandate helped Modi to introduce innovative schemes like Swachh Bharat, Pradhan Mantri Jan Dhan Yojana, Smart Villages, AMRUT. Many Institutional changes have been brought within government organisations like replacing Five Year Planning with NITI AAYOG. The Government stressed on Centralisation rather than going with Decentralisation. Implementation of Demonetisation followed by Goods and Services Act has made a tremendous impact on the economy but the charisma of Modi did not fade away with these actions.

The Foreign Policy of India has drastically changed under the abled leadership of Narendra Modi. The bilateral relations with Israel reached new heights. At the same time, Palestine honoured Modi with its highest civilian award. His colleague Late Mrs.Sushma Swaraj imparted humanity in diplomacy as a result of which many people from Pakistan visited India and treated their illness on Medical Visa.

The government took measures to strengthen the Military and Army. Two surgical strikes were conducted in POK and one in Myanmar to check the terrorist activities in those respective areas. Jammu and Kashmir government was dissolved and President rule was imposed in the state.

Considering all the Promises that Modi made during his campaign we can conclude that Ache Din for a few not for all.

WHAT HAPPENED IN 2019 GENERAL ELECTIONS?
The earlier promises were only half-filled which everyone acknowledged but still went on With BJP. The Patriotism, Nationalism and Internal security issues were highlighted by the BJP and won with bumper majority second time. The Most significant step that Modi has taken in his second tenure is Making Amit shah as Home Minister. Thereafter Parliament passed bills with great pace regarding National Security. More powers were given to NIA to check the extremists.

Article 370 which gives immunity to Jammu and Kashmir Assembly from Parliamentary acts was scrapped by the government. Opposition leaders went on to say that Parliament is just turned out to be a Notice Board. Despite the allegations of Opposition people all over India welcomed this move of the government.

The Indian economy is constantly slowing down. The Economical reforms like Merging of PSU Banks and encouraging Investments in India. The next 2 months will be crucial for the economy as Festival season can change things upsidedown. Let’s hope for the best as there is an ongoing trade war between China and America which is impacting Indian economy.
The most significant thing is the faith that people are imposing on Modi who comes from a humble background. He spent his whole life in serving Nation from being Swayam Sevak to becoming Pradhan Sevak. The determination and strong will of abled leadership will turn India to a Hard state from Soft State.