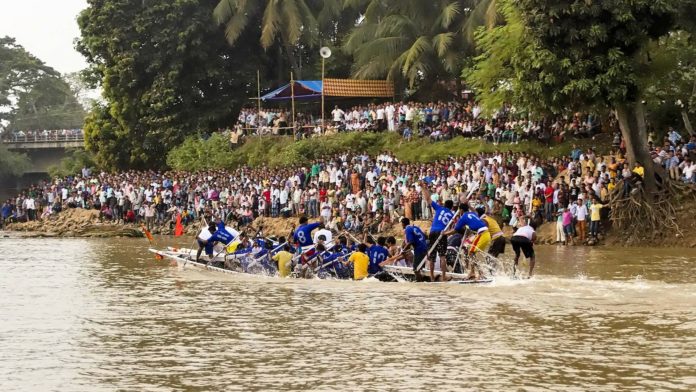 The world is a place full of conflicts and widespread differences. Different nations are biased by the impressions of their culture and values that they do not find a sense of oneness with the others. We call only those who share our ideas our own and consider them to be our tribe. There are few things that have crossed such borders throughout the history of humanity to bring them on the same page. Sports is one such domain that not only brings different countries together to play but what it can do to strengthen a nation’s unity is beyond imagination.

India is a land of many cultures and religions scattered in its plains. There are several religious identities and value systems that can be found in each region of the country. With people ranging from such diverse schools of thoughts it is amazing how a sport can bring the country together for one cause glued to their TV sets.

The unity for Indian Cricket

Cricket being the nationally loved sport often becomes the reason for bringing the masses together. We have a bunch of different festivals that are celebrated in India as a part of our culture. Different religions have different rituals. However, when it comes to sports it becomes a collective ritual that everyone performs. Cricket is like the one all-caste and all-religion festival that Indians love celebrating. We might have differences on every other day but when it comes to watching India against any other country we wear our nation on our sleeves. At that moment we rise beyond all caste and creed and come together as one country. This is the power and impact sports hold on the masses. They have the strength to unite far more than any other harmonious notion.

Physically fitness on the rise

With the ideas of a maintaining a healthy body and a healthy mind, the youth is encouraged to participate in more sports activities. As far as international sports are concerned, India is not only sensational in Cricket but is also moving forward in different sports like football, kabaddi, hockey, badminton, table tennis, wrestling, and many more. We have teams at district, national and international levels that bring laurels to the country and pave another path to bring players together. With more sports icons in common sight, the youth is more inspired to come forward and participate in sports. Thus, the role of sports is not limited to merely bringing us together. Sports, in fact, play a crucial part to unite us for the cause of creating a fitter and healthier population. The role of sports in the lives of young citizens cannot be undermined.

A path for gender equality

The contribution of sports in India is multi fold. The perseverance of our women in the sports sector has brought us into a time where women like Mary Kom, P V Sindhu and Saina Nehwal are striking role models for young girls who were once discouraged from keeping close connections with sports. The power of sports has brought about a revolution in the nation where a sense of oneness and India’s unity has arisen amongst the women to come forth and shine with flying colors in the field. It also encourages a platform where men and women can be respected equally and treated as one. This is a different kind of oneness that sport brings to the Indian masses. The existence of varied sports at the grass root levels brings it to every common man. This brings together all Indians irrespective of their economic backgrounds. One does not have to be rich to cherish the essence of a sport they adore. This is a phenomena that can truly change lives. It has given them the strength to be able to come forward as united sportspersons together.

Thus, the deep rooted presence of sports in India drive the twin purpose of not only helping people to develop a unique identity of their own but also teaches them to be team players and come together as one at the needy hour. The role of sports in strengthening India’s Unity is remarkably instrumental and is only likely to flourish in the years to come.