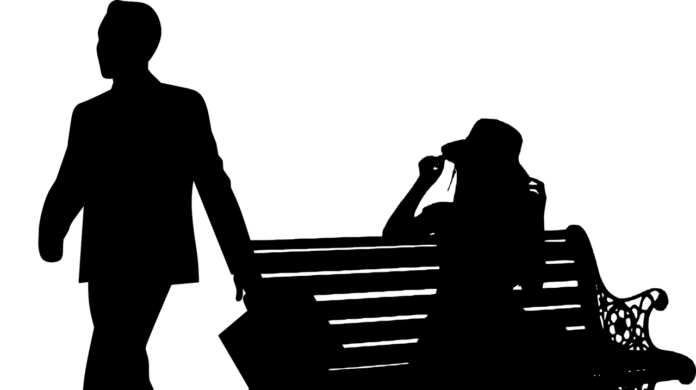 Why do long distance relationships seem to be more passionate than other types? Psychologists say that it is human nature to want what we can’t have. Throw a little sexual desire into that mix and you have the kind of romantic and sexual angst that is the stuff of great romance and literature.

Suddenly, unlike the banality of every day relationships, you can find yourself in an epic personal drama filled with the anticipation of seeing your long lost partner once again. This sounds good, but is it actually a healthy, practical way to conduct a relationship?

Of course, aside from being tantalized by the promise of love that shines so distantly on the horizon, there are many other very pragmatic reasons why you could find yourself suddenly in a long distance relationship.

A very common scenario are the young lovers who are forced to call it quits because they end up attending different colleges in different cities, states, or even continents. Debt, fame, ailing spouses, war, disease, responsibilities towards an ex spouse or children, career obligations, can separate people. There are a million reasons why one can be forced to say good-bye but does it have to be forever?

The first thing to understand is that a relationship that is conducted across great distances does not necessarily qualify as a relationship in the ordinary sense. For instance, if a girl has been dating a guy for four years and he suddenly decides to travel across Europe with nothing but a backpack and pocket change to find himself, where does this leave her?

Rather than ever be left wondering it is crucial for the two of you to establish some rules and boundaries around the relationship long before anyone starts packing. It is not going to work if you are still trying to figure out “where you stand” in the relationship as your loved one is boarding the plane.

First of all there must be some kind of mutual agreement that you are in a long distance relationship and that there should be no infidelity. If you are the guy, you can cement the relationship by sticking that ring on her fourth finger. If she doesn’t agree to keep her options closed when it comes to seeing other people then you definitely know where you stand. If you are a woman and dealing with a partner who cannot give you a straight answer as to what there might be in the future the thing to say is “I might wait for a few days, or even a few years, but I am not going to wait forever!”

Many long distance relationships fail because of mixed messages from one partner or the other. Usually one person believes that the “out of sight, out of mind” rule applies and that while there is distance between you “anything goes!” The other party in the relationship might believe the opposite (that absence makes the heart grow fonder) and then get a rude shock when they don’t receive emails or phone calls or do receive one that describes a budding new romance.

The rule of thumb is to establish the ground rules before this type of scenario is allowed to blossom. You need to agree on how much you are going to communicate with each other and which rule applies best “out of sight, out of mind” or “absence makes the heart grow fonder.”

Before you are separated by distance you have three basic things you need to ask each other so that you can figure out well in advance what actually constitutes a betrayal according to the rules of your long distance relationship.

1. Are we going to be faithful to each other?

2. Are we allowed to have meet with other people, but remain in faithful in our hearts?

3. Does this separation allow us to explore other relationship options?

One option is to keep everything the way it is — whether you are five miles or 5,000 miles away from each other. This way of thinking is very popular among young lovebirds, who have difficulty believing that their relationship could ever end. They tend to believe that physical space between them will not affect the solidity of the relationship because their “undying” love for each other can surpass the seemingly small obstacle of distance. Unfortunately, this is not an option that often allows the other person their essential humanity and it is a point of view that is considered immature by counselors or psychiatrists.

The “nothing has changed” approach is often a position of denial. Lots has changed, you are not together physically anymore! Usually this type of denial applies to high school sweethearts who are separated because of the necessity of attending different colleges. If one or the other partner slips up due to temptation (all it takes is a boozy night and a one-night stand) it is way too easy for the other partner to take it personally.

The above example tells us that one of the keys to keeping a long distance relationship is to keep your expectations realistic. Know your partner by clearly communicating with him or her, but also, make sure that you know thyself! Know what you can tolerate and what is acceptable to you. Long distance relationships that are based on humoring the other person or making promises that you can’t keep simply don’t work. This will spare you the feelings of betrayal, suspicion and jealousy that often set in after a couple of months of being apart. Unfortunately the sad truth about most long distance relationships is that they don’t make the heart grow fonder, they make the heart grow harder.