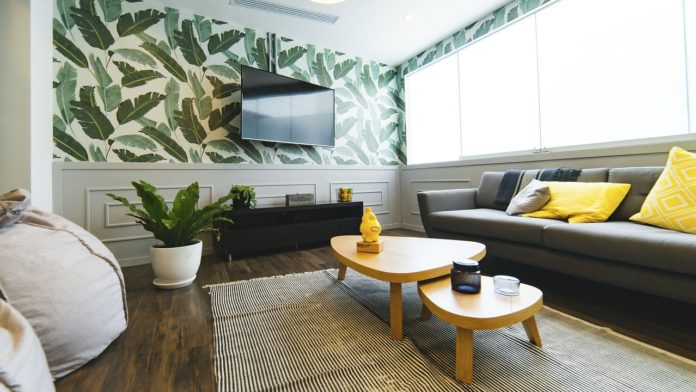 For over 30 years TV has been the dominant form of entertainment in India and the world. It is estimated that around 850 million people have access to a TV set in India. On an average 250 million Indians watch Broadcast television every day and on special occasions like a cricket match or an important event, the viewership goes up to 400 million. Only China has more viewers than India but Indians have a much wider array of channels to choose from. Such a large audience has obviously had a large influence — social, cultural and political. TV is also the biggest marketing tool grabbing the attention of half a billion eyeballs. It has also an important role in dissemination of information and arguably some impact of the politics of the nation. Little surprise that India has the biggest universe of TV channels in the world — over 800, of which nearly 400 are news channels. Though it is regulated today, clumsily I may add, TV has thrived in spite of various government interventions of the past 4 decades.

From a sketchy start in late 1950s TV reached a few cities in the early 70s still in black white with a limited programming. However, it was in 1982 that at the time of Asian Games in 1982 that TV went National and colour and there has been no looking back. In 1992 Private Channels were permitted. From then started along honeymoon of the medium with the masses. Good, Bad Indifferent but largely mediocre programming notwithstanding unsupported by the Government a vast network of neighborhood cable operators swung wires across streets and by lanes and took Satellite TV to millions of Indian homes. By 2010 there were 400 TV channels in 19 languages in almost all genres besides several foreign channels who had an India specific feed.

There are dozens of programmes in different languages which have left an indelible imprint in the social and cultural fabric of this vast country. A few have risen above language and regions to become National obsessions. Today we have many local versions of International formatted shows often hosted by major stars which have audience glued to their sets night after night, year after years and in a way transforming many lives. Of course, cricket is a national obsession and still attracts hundreds of million viewers. Other events like the demise of an important personality, an accident, natural calamity, elections, high profile court cases and financial announcements also muster large numbers.

The TV juggernaut still marches on albeit in much altered circumstances. The mobile and Internet revolution of the past decade has created a mediascape quite unlike before. With over a billion phones and a 100 million other devices the fight for attention has become rough. Over the Top (OTT) players, basically streaming services riding the air waves owned by telecom providers are the new act in town. In recent months there has been realigning of media, entertainment, internet and communications companies. Today there are a dozen companies which straddle (or have plans) the entire spectrum of services across the world. We are reaching a point where access to content will soon be a non-issue. In such a situation linear broadcast starts losing its traditional advantage.

A large captive audience sitting in front of a solitary screen in the comforts of a home. If you look at a typical week”s ratings across genre and languages you will find its still dramas which rules followed by films and music shows. This week”s top 10 channels across all platforms according to Broadcast Audience Research Council of India (BARC) weekly list there are 6 Hindi GECs, two Tamil GECs, one movie channel each in Hindi and Tamil. The consistent topper for past several months has been a Hindi GEC aimed at the Hindi heartland-Dangal TV. Whenever India plays a cricket match the Channels broadcasting it take the top spot. In recent years Soccer, Olympics, Kabaddi, Hockey, Tennis and Badminton matches featuring Indian players and WWF Wrestling also large audience.

Kids programming including animation (very loyal viewership), talent contests and crime shows are other popular genres. Interestingly, though India has around 400 news channels, the total viewership of all news channels put together will not feature in the top fifty programmes. News TV is more talked about than watched in India. In case of English language news channels, the core base is limited to 5 million and a few thousands of these are citing news stories from these dozen channels on social media while the rest of the audience busy watching KBC or India”s Singing Stars and sundry family dramas. This nation obviously does not want to know. Religious channels have fairly large audience but is usually confined to followers of godmen featured in the programming. All other programming is niche in India.

Now comes the interesting bit. Mobile phones specially smartphones and now their number is close 400 million are gradually becoming the primary device of consumer engagement and media consumption. While social media — Facebook, WhatsApp, Tik Tok, Instagram, Twitter — apps are the most popular form cutting across all demographics, many people are now watching broadcast TV on their phones. While unlike China gaming is still not a universal phenomenon it”s a media which is one of the fastest growing segments. What was still a decade ago called user generated content is now a huge favourite with YouTube a perennial favourite. OTT services like Netflix, Hotstar, Amazon Prime, MX Player, Jio, Zee 5, Alt, Voot are also catching up.

However, most of the programming on these platforms is not mainstream but catering a relatively small section of the audience. Surprisingly, after a fall in the last decade, many more people are using mobile devices and OTT services to listen to music. Yet, it”s all not hunky dory for OTTs. As Alex Weprin writes in Mediapost, “While the technology is there, and the consumer sentiment appears to be strong, if there is one thing holding back broadcast”s shift to OTT, it is the business model. Streaming bundles don”t have the profit margins that cable and satellite bundles have, making their long-term futures muddied. Direct-to-consumer is hard and expensive and may require broadcasters to be more niche — the exact opposite of the model that propelled the business for the last century. Ultimately, the money will need to start flowing in order for all the key players to embrace the streaming future.” In India all the OTTs are running with heavy losses with the hope some of them will remain standing when cash is being collected.

(Amit Khanna is a media personality and raconteur)