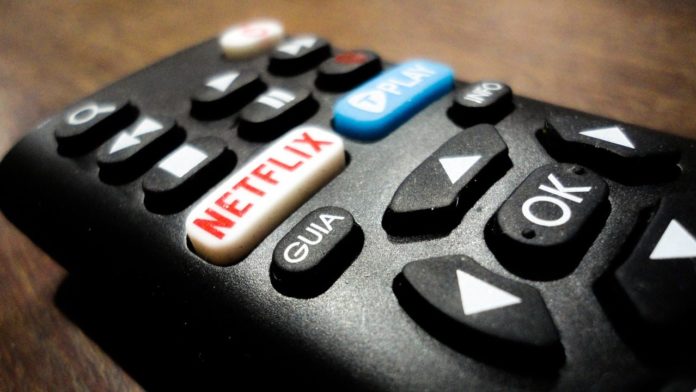 Did you know Queen Elizabeth ll has her own Youtube channel?Every year since 1957, she’d get on cable TV to address her nation. But in 2007, the Queen did what no monarch had ever done. She set herself up on Youtube. Cable TV is clearly dying. Even an 81-year-old monarch knew it back in 2007! Those who saw this coming early on made fortunes…

But the party is over for Netflix. Have you looked around at the streaming industry lately? It’s like a crowded bar fight.

The world’s richest and most powerful companies are invading the “streaming” market that Netflix enjoyed a near-monopoly on for years.

If you read RiskHedge, you know I’ve been warning to keep money out of stock market darling Netflix (NFLX).

This was not a popular thing to say when I first wrote it in July last year. But Netflix’s worst nightmare has, in fact, come true, and the stock has been almost cut in half.

An “Invisible” Player in This Industry That Streamers Rely On

There’s, however, an “invisible” company playing a key role in this hundred-billion dollar industry. You probably use its service… maybe even without realizing it.

It’s being watched 3X more than Netflix. And it’s starting to rake in hundreds of millions as the TV revolution enters a new phase. The best thing, it’s not competing with Netflix, Amazon Prime Video or any other streaming service.

Instead, video streamers rely on this company—and even pay a cut to it!

Many Folks Need More Than a Subscription to Watch Netflix

As you probably know, computers are powered by operating systems like Microsoft’s Windows.

They support the computer’s basic functions and allow you to perform tasks like writing a document or surfing the internet. What you might not know is, these days, TVs need advanced operating systems too. They run in the background, and most folks don’t know they’re there. But they’re very important. Without an operating system, your TV couldn’t connect to the internet… which means it couldn’t access Netflix, Hulu, or any other streaming service.

You Probably Know Roku for Its Streaming Boxes

When most people think of Roku (ROKU), they think about the physical box wired up to a TV.

For 17 years, Roku had been in the hardware business. It was the leading provider of physical streaming boxes. 41 million American households now own a Roku device.

Rokus’ management turned its business model upside down. Instead of manufacturing TV streaming boxes, it decided to put its software in TVs and license it.

Also, know about when did cable tv start and watchcartoononline for your daily entertainment.

The “Windows” of TV

Back in 1985, Microsoft created Windows, the first (and still by far the most popular) operating system for computers. 77% of all desktop computers run on Windows today, according to Statista. It was a turning point for the company. Since Windows’ introduction, Microsoft has surged 144,000%. Today, Microsoft is the world’s biggest public company!

While licensing software may sound boring, as you can see, it’s a very lucrative business.

Now Roku is building an operating system for TVs and licensing it to TV manufacturers. This is the part of its business that’s EXPLODING and shows little sign of slowing down…

Roku Is Already the #1 OS for TVs

There are five main TV operating systems: Android TV, webOS, Tizen, Roku TV, and SmartCast.The biggest TV manufacturers like Sony, LG, and Samsung all use one of these five. Roku is now leading the TV streaming market, leaving even tech giants Google, Amazon, and Microsoft in the dust:

Now 1 in 3 smart TVs sold in the US contains Roku technology. That makes it the best-selling TV operating system in the country.

But while licensing software to TV manufacturers is a lucrative business, it is not where Roku’s biggest money-making opportunity is…

Roku Is in the Most Profitable Business

Do you know what some of the biggest tech companies on earth have in common?

They are all in the business of advertising.

Google runs the #1 search engine on the planet. But it earns most of its money from selling ads.

Facebook runs the #1 social network. But again, it earns most of its money from selling ads.

Amazon runs the #1 e-commerce store… yet advertising is one of Amazon’s most lucrative businesses.

Roku is now in tens of millions of TVs, and that number is growing. And while its user base is one-fifth of Netflix’s, its daily average watch-time per user beats Netflix’s by 3X.

Such an engaged audience is a dream come true to any advertiser.

Roku’s advertising revenue is rocketing, as you can see below:

And last year, for the first time, the company made more money from advertising and licensing than its device sales.

How to play Roku’s Roller Coaster

Getting in early on geyser-like stocks is alluring. But you have to be careful with Roku…It has been on a wild run this year. As I mentioned, earlier this year, the stock leapt 450%. This month, however, it has taken a breather and slipped 35%. Most of it is emotional selling, which is practically impossible to predict. Roku shows huge promise. In time, I could see it doubling or even tripling from here. But if you’re a buyer, know what you’re getting into. It’s still a small and very volatile stock.

The upside is big… but along the way, Roku will likely continue to dole out big, quick drops. My suggestion: consider taking a small position today… but keep it small enough so that a 30% to 40% drop won’t hurt too much.