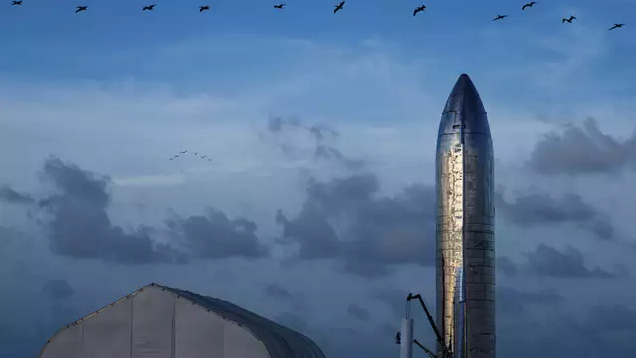 San Francisco, Sep 29 (IANS) Unveiling his plans for the Starship rocket, SpaceX CEO Elon Musk has said that the reusable launch system designed to take humans to the Moon, Mars and beyond could fly with the crew next year.

“I think we could potentially see people fly next year, if we get to orbit in about six months,” Musk said during a presentation on the company’s progress towards making interplanetary travel a reality on Saturday which marked the 11th anniversary of SpaceX reaching orbit for the first time.

The ever-optimistic tech billionaire, however, added that much would depend on the continued improvements in building the rockets.

Building reusable rockets is fundamental to making space travel a reality, he said at the event held at SpaceX’s South Texas test site.

“It’s the holy grail of space travel,” he said, while standing beneath Starship Mk1, a prototype for the SpaceX launch system.

“To date, we’ve completed 78 launches and have developed the world’s only operational reusable orbital-class rockets and spacecraft – capable of launching to space, returning to Earth, and flying again,” SpaceX said.

The company said that Starship will ultimately carry as many as 100 people on long-duration, interplanetary flights.

SpaceX is building Starship with a mission to provide affordable delivery of significant quantities of cargo and people, essential for building Moon bases and Mars cities.

“Starship serves as a large, long-duration spacecraft capable of carrying passengers or cargo to Earth orbit, planetary destinations, and between destinations on Earth,” SpaceX said.

However, NASA Administrator Jim Bridenstine on Friday reminded SpaceX that it was time to deliver the Crew Dragon spacecraft designed to fly crew to and from the International Space Station.

“I am looking forward to the SpaceX announcement tomorrow,” Bridenstine wrote on Twitter on Friday.

“In the meantime, Commercial Crew is years behind schedule. NASA expects to see the same level of enthusiasm focused on the investments of the taxpayer. It’s time to deliver.”