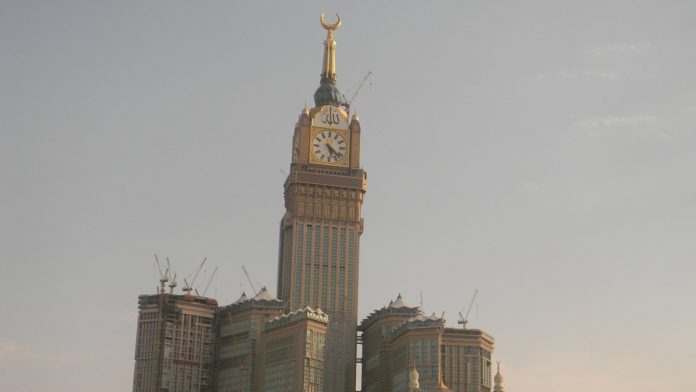 Saudi Arabia’s King Salman replaced the country’s energy minister with one of his own sons Sunday, naming Prince Abdulaziz bin Salman to one of the most important positions in the country as oil prices remain below what is needed to keep up with government spending.

The new energy minister is an older half brother to 34-year-old Crown Prince Mohammed bin Salman and replaces Khalid al-Falih, who’d been in the role since 2016.

Prince Abdulaziz enters the job with a lifetime of experience in Saudi Arabia’s energy sector and is seen as a safe and steady choice to lead the ministry, where he will oversee production of one of the world’s largest oil exporters. He has held senior roles in the energy ministry for more than three decades and most recently was minister of state for energy affairs.

Despite his now top role overseeing Saudi Arabia’s energy portfolio, Prince Abdulaziz is not known to be close to Prince Mohammed, the king’s most powerful son and heir to the throne.

His appointment marks the first time a Saudi prince from the ruling Al Saud heads the important energy ministry.

The move comes as Brent crude oil trades under $60 a barrel, well below the $80-$85 range that analysts say is needed to balance the Saudi budget.

Al-Falih’s position, from where he oversaw some 60% of the Saudi economy, had been diminished in recent days. It signaled a possible rift with the crown prince over his management of various issues, including reportedly not advancing quickly enough Prince Mohammed’s plan to sell shares in the state-owned oil company Aramco.

Al-Falih was removed just days ago from his post as board chairman of Aramco, a company that he once ran as chief executive. Al-Falih’s Cabinet portfolio was also curtailed last month when mining and industry were spun off from his purview into a new ministry, in an attempt to focus on more effectively attracting foreign direct investment into these sectors.

Al-Falih’s diminishing role had led to reports that he was out of favor with Prince Mohammed, who is pushing to diversify the Saudi economy away from its dependence on oil revenue.

The crown prince has struggled to attract foreign investors, which analysts say is key to diversifying the economy and creating millions of jobs for young Saudis entering the workforce.

Foreign investors were spooked by Prince Mohammed’s purported anti-corruption crackdown in late 2018, where he oversaw the murky shakedown of senior royals and top Saudi businessmen detained in the Ritz-Carlton in Riyadh. Many have also shied away after the gruesome killing of Saudi critic and Washington Post columnist Jamal Khashoggi in the kingdom’s consulate in Turkey last year by Saudi agents.

Still, there’s great buzz around the crown prince’s plan to list as much as 5% of Aramco by 2020 or 2021, which would make it the world’s biggest IPO ever. Saudi Arabia has not said where an international listing would happen.

To prepare for an initial public offering, Aramco replaced al-Falih as board chairman last week, with finance-minded Yasir al-Rumayyan, distancing the company from the energy ministry. Al-Rumayyan is a close adviser to the crown prince and heads the Public Investment Fund, the country’s sovereign wealth fund.

Al-Falih, who’d taken over the energy portfolio from longtime oil minister Ali al-Naimi, was tasked with playing a key role in Prince Mohammed’s economic overhaul of the country. He expressed concern in January at an energy forum in Abu Dhabi over the “range of volatility” in oil prices seen over the past two to three years.

“I think he did the most he could, and I think Prince Abdulaziz will probably do something very similar with the same kind of results,” said Robin Mills, CEO of Dubai-based energy consulting firm Qamar Energy.

Mills said Prince Abdulaziz will likely maintain the deal al-Falih struck with global oil producers to cut production, and not be able to increase them given the current market conditions.

Prince Abdulaziz is a known figure among OPEC members and industry insiders. In 1985, while in his 20s, he became an adviser to the Saudi energy ministry before being named deputy oil minister and assistant oil minister. In 2017, he was appointed minister of state for energy affairs.