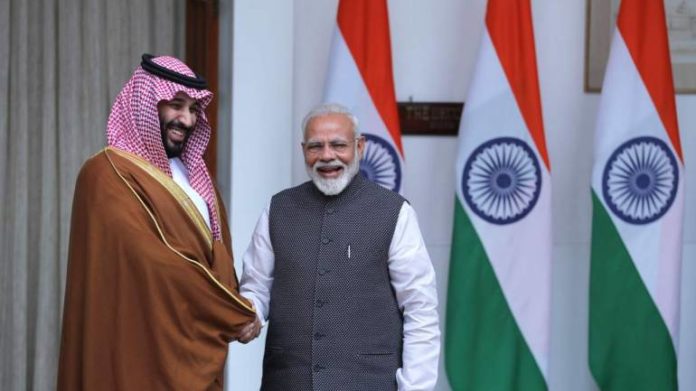 New Delhi, Sep 29 (PTI) Saudi Arabia, the world’s biggest oil exporter, is looking at investing USD 100 billion in India in areas of petrochemicals, infrastructure, and mining among others, considering the country’s growth potential.

Saudi Ambassador Dr. Saud bin Mohammed Al Sati has said India is an attractive investment destination for Saudi Arabia and it is eyeing long-term partnerships with New Delhi in key sectors such as oil, gas, and mining.

“Saudi Arabia is looking at making investments in India potentially worth USD 100 billion in the areas of energy, refining, petrochemicals, infrastructure, agriculture, minerals and mining,” Al Sati told PTI in an interview.

The envoy said investing in India’s value chain from oil supply, marketing, refining to petrochemicals and lubricants is a key part of Aramco’s global downstream strategy.

“In this backdrop, Saudi Aramco’s proposed investments in India’s energy sector such as the USD 44 billion West Coast refinery and petrochemical project in Maharashtra and long term partnership with Reliance represent strategic milestones in our bilateral relationship,” he said.

The envoy said the vision 2030 of Crown Prince Mohammed bin Salman will also result in the significant expansion of trade and business between India and Saudi Arabia in diverse sectors.

Under vision 2030, Saudi Arabia plans to diversify the Saudi economy while reducing its economic dependence on petroleum products.

Saudi Arabia is a key pillar of India’s energy security, being a source of 17 percent or more of crude oil and 32 percent of LPG requirements of India.

The envoy said more than 40 opportunities for joint collaboration and investments across various sectors have been identified between India and Saudi Arabia in 2019, adding the current bilateral trade of USD 34 billion will undoubtedly continue to increase.

“There is huge untapped potential available in merchandise trade, particularly in non-oil trade and we are enhancing cooperation in economic, commercial, investment, cultural and technological fields,” the envoy said.

Asked about Saudi Arabia’s plan to issue initial public offering of Aramco’s stock, being seen as the world’s largest IPO, he said it will open up the company to the wider world.

“Consistent with the vision 2030 goals, Saudi Aramco is pursuing new opportunities toward creating a world-leading downstream sector in Saudi Arabia,” he said.

On future energy ties with India, he said the bilateral energy ties have grown beyond the supply of crude oil, refined products, and LPG to a more comprehensive partnership that focusses on investments and joint ventures in petrochemical complexes and cooperation in exploration.

“India’s invitation to Saudi Arabia to invest in its strategic petroleum reserve reflects the trust and goodwill the two countries share,” he said.

Talking about ‘Vision 2030’, Al Sati said Saudi Arabia is working towards transforming its economy and looking at a post-oil age of world-class technological research, start-up, and entrepreneurial vigour.

“The entire development strategy of the kingdom rests on three pillars – to build a vibrant society, a thriving economy and an ambitious nation,” he said.

“The World Bank too has ranked the kingdom as the fourth largest reformer within G20. The number of foreign investment licenses granted in Saudi Arabia in the first quarter of 2018 increased by 130 percent,” he said.

“This move is expected to attract leading global innovators and investors to live and work in Saudi Arabia, and help drive the private sector growth needed to realize the goals set out in Saudi Vision 2030,” he said.

Asked whether Saudi Arabia will increase oil supply to India to address the shortfall due to curb on import of oil from Iran, the envoy said his country is committed to India’s energy security and will meet any shortfall that may arise due to disruptions from other sources.

“As one of the world’s leading energy producers, the kingdom will continue working constructively with other producers within and outside OPEC to maintain market stability, thus protecting all the interests of producers and consumers alike,” he said.

OPEC (Organization of the Petroleum Exporting Countries) is a 14-nation powerful bloc of oil-producing countries.