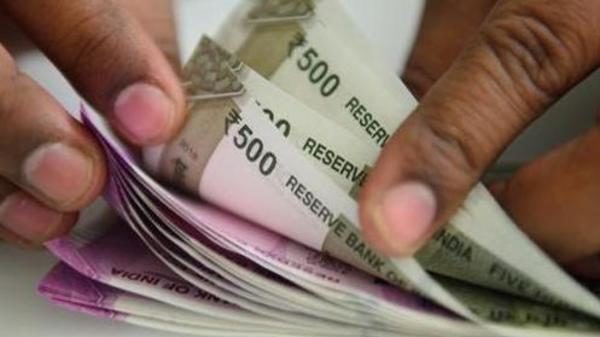 Mumbai, Sep 24 (PTI) The Indian rupee on Tuesday dropped 7 paise to close at 71.01 against the US dollar as foreign fund outflows and subdued equities weakened forex market sentiment.

However, easing crude oil prices and weaker greenback against rival currencies restricted the rupee fall to some extent.

Foreign investors pulled out Rs 828.49 crore from Indian equities on Tuesday, according to exchange data.

At the interbank foreign exchange market, the local unit opened on a strong note at 70.72, then lost ground and fell to an intra-day low of 71.05 against the American currency.

The domestic unit finally settled for the day at 71.01 against the US dollar, down 7 paise over its previous close.

On Monday, the local unit settled unchanged at 70.94 against the US dollar.

Fitch Solutions Macro Research (a unit of Fitch Group) in its outlook for the Indian rupee noted that the Indian rupee is expected to remain on a “broad depreciatory path against the US dollar”.

“Over the short term, a narrowing of real interest differentials with the US and a worsening terms of trade would put pressure on the rupee, while the central bank’s focus on growth support would likely spur foreign exchange market interventions to limit rupee strength,” the report noted.

The dollar index, which gauges the greenback’s strength against a basket of six currencies, fell 0.01 percent to 98.59.

Benchmark stock gauges Sensex and Nifty ended on a flat note on Tuesday as investors scrambled to book profits after a stellar two-day rally.

The 10-year government bond yield was at 6.78 percent.