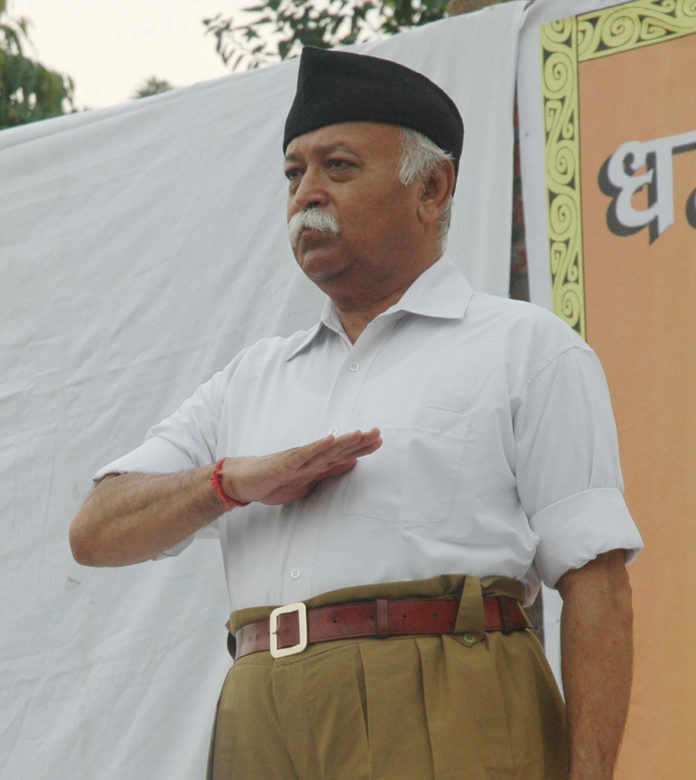 In an attempt to dispel misconceptions, Rashtriya Swayamsevak Sangh (RSS) chief Mohan Bhagwat is expected to interact with foreign media here on September 24.

The RSS chief will interact with as much as 70 journalists from the international publications and news channels and reply to their queries on various issues “with no subject forbidden”.

“The Sarsanghchalakji (as the RSS chief is referred to) has decided to answer every query of them (foreign press members) with transparency,” a RSS functionary told IANS here. The idea, he said, was to dispel misconception about the RSS in the global media.

The RSS functionary said the Sarsanghchalak’s meeting with the foreign media was on the cards for some time, but the immediate trigger was the reaction of the international press after his meeting with German Ambassador Walter Linder.

“Many reputed international publications criticised Linder for visiting, what they called, a fascist organisation. We realised how much misconception is there among the foreign press about a nationalist organisation like ours. As in the Sangh, we believe dialogue is the best method to dispel misconceptions”, said the RSS functionary.

Linder had visited the Rashtriya Swayamsevak Sangh headquarters in Nagpur on July 17.

These were some of the headlines that both Linder and the Rashtriya Swayamsevak Sangh had to deal with that week and propelled the Sangh to arrange the media conference in September.

As per the format of the event, Bhagwat’s speech will be followed by a question-answer session. “No subject will be taboo”, said the source.

The role of the Rashtriya Swayamsevak Sangh during Kerala and Maharashtra floods might find a place in Bhagwat’s speech as much as the role of its many affiliates that fight for people, often going against the BJP-ruled government, said the RSS functionary.

The Rashtriya Swayamsevak Sangh is perceived as a closed organisation, giving rise to several conspiracy theories.

But after the visit of former President Pranab Mukherjee as chief guest at its Vijay Dashami event, the “media has shown keen interest to visit Nagpur and understand the Sangh”, said the Sangh’s functionary. “But the foreign press still stays away,” he said.