Online pdf editor – below are its advantages

Tips to get a deep and mature voice while Singing 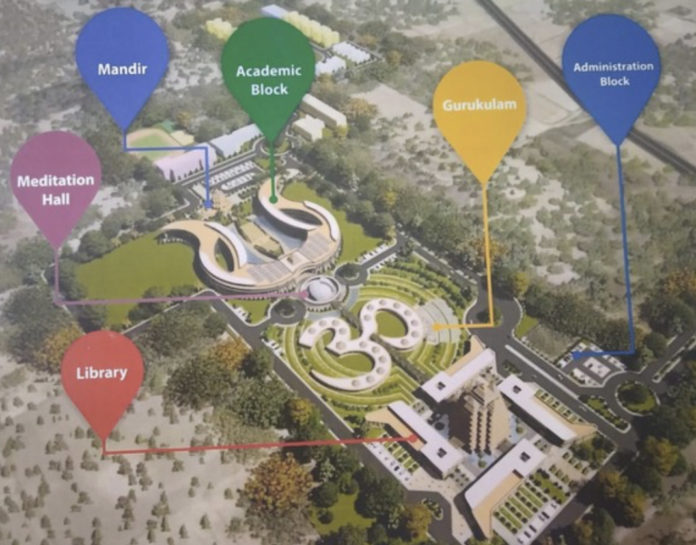 The institution would aim to draw heavily from the ancient Vedic method of teaching, people associated with the institution have said.

Apart from a confluence of modern and Vedic curriculum, the university also aims to recreate Vedic era ambience of teaching.
To recreate Vedic ambience some of the classes will be conducted under the trees to give the feel of the Vedic era.

“The campus will also resonate with Vedic hymns. Upanishads and extracts of ‘Gita’ shall be broadcast throughout the campus morning and evening through public address system,” stated a senior functionary in the know of the things.

A ‘Vedic tower’ will also be erected on the campus and each Veda and allied literature will have its separate floor with an audio-visual studio, sources said.

There would be a Surabhi Sadan (cow shelter), temple, meditation hall and Yajna Shala, they said.

The university is being constructed in a total area of 39.68 acres of land and it will be developed in multiple phases, the sources said.

“The objective is to pave the way to re-establish Bharat as ‘Vishwaguru’ and create a common platform for modern scientists, technologists and traditional Vedic Pandits to generate a new and comprehensive stream of knowledge of Bharat,” the sources added.
Subjects to be offered during the first academic session to be launched next year are-Agriculture (Krishi Tantram), Architecture (Vastu Tantram), Environment Science, Paleography (Lipi Vigyan), Warfare (Yuddh Tantram), Internal Security and Mathematics. In all, a total of 20 subjects will be taught. Subjects like Hatya Shashtra, Ayurveda, Narmada Bhakti Sutra will also be offered.
The university will follow National Education Policy, 2019 which is likely to be finalised soon, sources added.

The university has been named after Ashok Singhal, who was the international working President of the VHP for over 20 years and played a leading role in the Ram Janmabhoomi movement, to honour one of the tallest leaders of the Sangh affiliate, the sources said.

While the RSS affiliates currently operate schools and colleges across the country, this would be the first such attempt by the VHP to foray into higher education.

The Vedic University would be the first of its kind to be established and promoted by the Sangh affiliate. Currently, Sangh affiliate Vidya Bharati operates Shishu Mandir and Ekal Vidyayalayas. (ANI)