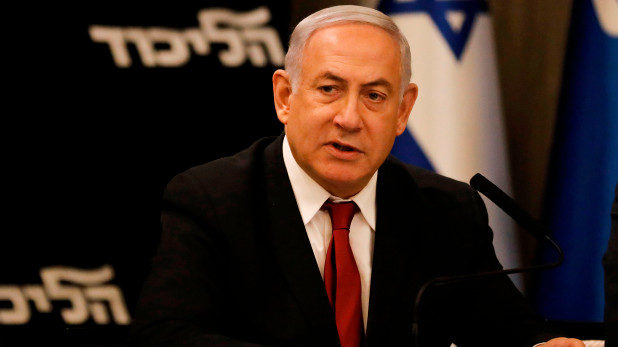 The move comes after efforts to force a unity agreement with Blue and White’s Benny Gantz fail.

Rivlin says he made the decision after consulting with party leaders.

Neither Netanyahu nor Gantz received 61 nominations from MKs, says Rivlin. He therefore decided to pick Netanyahu (55 votes) as he was better poised to form a government than Gantz, who received 54 nominations, 10 of whom — the Arab politicians — have ruled out joining a Gantz-led coalition.

Under the law, Rivlin has seven days after receiving the results to name someone to form a government, but has opted to move ahead without delay.

Netanyahu will now have 28 days to form a government, with a possible two-week extension.

If all attempts fail, Rivlin can then assign the task to someone else. After that, if 61 lawmakers nominate another candidate, that politician will also be given a chance.

Otherwise: Israel heads to its third election in a year.