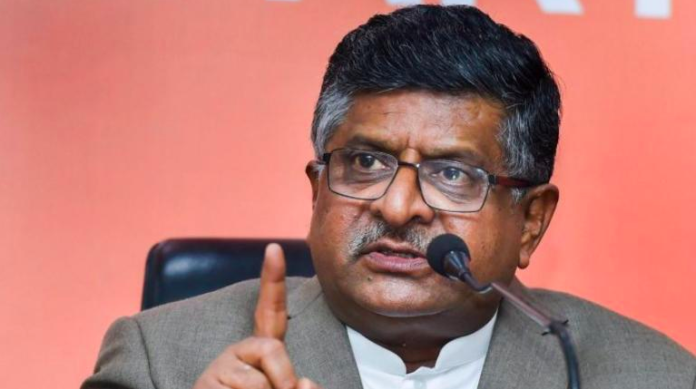 New Delhi, Sep 13 (PTI) Indian government will meet CEOs and top brass of electronics and smartphone makers, including Apple and Samsung, on September 16 to discuss challenges being faced by them and incentives and schemes that can be offered to position India as the ‘electronics factory’ of the world.

The meeting comes at a time when India has set its sight on creating a USD 400 billion (around Rs 28.43 lakh crore) electronic manufacturing ecosystem by 2025.

Interestingly, India hopes to nudge the tech titans to deepen their manufacturing commitments, leveraging the country’s market appeal, talent pool, digital base and competitive labour costs, at a time when US-China trade tensions have flared up.

The meeting called by Minister for Electronics and IT Ravi Shankar Prasad is expected to see participation of leading players like Vivo, Oppo, Qualcomm, Xiaomi, Dell, HP, Bosch, Cisco, Flextronics, Foxconn, Nokia, LG, and Panasonic. Other participants include Intel, Wistron, and Sterlite Technologies.

The meeting would be represented by all major verticals of electronics sector such as mobile handsets, consumer electronics, strategic electronics, medical devices, electronics manufacturing services, components, telecom and LED lighting, among others.

“We will listen to the players on how they now plan to push their manufacturing to a larger scale in India, and bring in supply chain and value addition. We will listen to their suggestions with an open mind,” IT Secretary Ajay Prakash Sawhney told reporters here.

Over the last few years, there has been a visible ramp up of mobile phone production in India, as new mobile factories have mushroomed across the country.

The size of mobile phone manufacturing was 29 crore units and Rs 1,70,000 crore in value terms during 2018-19. India now hopes to put the building blocks for the next wave of growth, positioning itself as a global hub for manufacturing and exports, complete with supply chain ecosystem.

It is also fine-tuning a fresh cluster scheme (bigger and better than the last one) that would woo anchor manufacturing units with supply chain ecosystem and ancillary firms.

Following the deliberation on September 16, various boosters and schemes in the pipeline, will be given finishing touches. Asked if these would be finalised over the next 6-8 months, Sawhney said “it will happen before that”.

A recent report by the Internet and Mobile Association of India (IAMAI) had said India’s mobile manufacturing lacks scale and depth despite its ambition to become global production hub, and the country now needs to “think big” by manufacturing at scale, producing high-end phones, and incentivising exports.

The report, titled ‘Make in India 2.0 (Revisiting Mobile Manufacturing)’ had said the global handsets market is worth about USD 467 billion (about Rs 32 lakh crore), and this demand is being met almost entirely by China, Vietnam, South Korea and Taiwan.