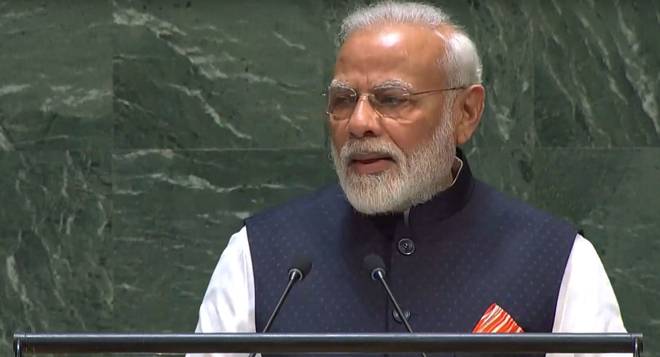 New Delhi, Sep 29 (PTI) Prime Minister Narendra Modi on Sunday urged people to launch a campaign to honour daughters who have made a mark with their achievements in various fields for the public good.

He also called for sharing of Diwali gifts and sweets to bring happiness to those who cannot afford it.

The prime minister said on Diwali, Goddess Lakshmi is welcomed in homes as it is believed that she brings prosperity and happiness.

“Daughters are considered as Lakshmi in our culture … can’t we felicitate daughters in our villages and cities by holding public programmes,” he suggested in his monthly ‘Mann ki Baat’ radio address.

He said there are several women in society who are making a mark by their talent.

“There are several daughters, daughters-in-law who are doing exceptional work … some are teaching poor children, some are spreading awareness about health and sanitation. Many are serving as doctors, engineers … as lawyers, they are helping in the delivery of justice. The society can identify such daughters and honour them across India,” he said.

Modi, who is known for extensively using social media to connect with the people, said their work can be highlighted on social media platforms using the hashtag “BharatKiLakshmi”.

Modi recalled the success of the “selfie with daughter” campaign to drive home his point.

“Encouraging Bharat ki Lakshmi means strengthening the path to success of the country and its people,” the prime minister said.

Referring to the festival season, the prime minister also reminded listeners about the rich-poor divide and said there should be an “out delivery” of gifts and sweets.

“On the one hand, when we experience ‘delivery in’ of sweetmeats, apparel, gifts and so on, let us think for a moment on the process of delivery out’. At least in our homes, items that are in excess and are not required anymore, could be allocated for delivery out’,” he said referring to the joy of sharing.

He said in festivities, homes are filled with joy. But there are many people around who remain deprived of celebrations, he said.

” … And this is what is termed as ‘Chirag tale andhera’ (darkness under a lamp). Perhaps this adage is not just a set of words, it is an order, a philosophical thought, or an inspiration,” he said.

He suggested contacting NGOs and startups which distribute clothes and food to the “underprivileged”.