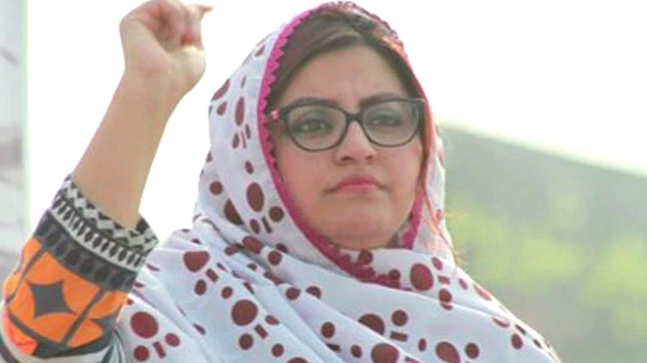 Ismail has launched a research and advocacy group called Voices for Peace and Democracy aimed at protecting women in the conflict-hit zones of the world.

Pakistani rights activist Gulalai Ismail “escaped” authorities in Islamabad last month and has reached the US, where she has applied for political asylum, a media report said.

Dawn news quoted The New York Times as saying in its report on Thursday that the 32-year-old is currently residing with her sister in Brooklyn, New York.

She did not disclose how she managed to leave the country. All she told the American newspaper was: “I didn’t fly out of any airport.”

“I can’t tell you any more… My exit story will put many lives at risk.”

In November 2018, the Islamabad High Court was informed that the Inter-Services Intelligence (ISI) had recommended putting Ismail’s name on the Exit Control List (ECL) for her alleged anti-state activities abroad, Dawn reported.

Following a petition by Ismail challenging the government’s decision to put her name on the ECL, the Islamabad High Court had ordered the removal of her name from the list.

The court, however, had allowed the Interior Ministry to take appropriate action, including confiscation of her passport, in the light of recommendations made by ISI.ADVERTISING

According to the New York Times report, Ismail had remained a fugitive since late May.

“Security services were searching for her in every corner of the country, raiding her friends’ houses and closing in on her family,” Dawn quoted the daily as saying.

The report added that Ismail was still worried about her parents in Islamabad “who face charges of financing terrorism and remain under heavy surveillance”.

In recent days, she has reportedly met various “human rights defenders” in the US and staffs of congressional leaders.

Ismail has launched a research and advocacy group called Voices for Peace and Democracy aimed at protecting women in the conflict-hit zones of the world.