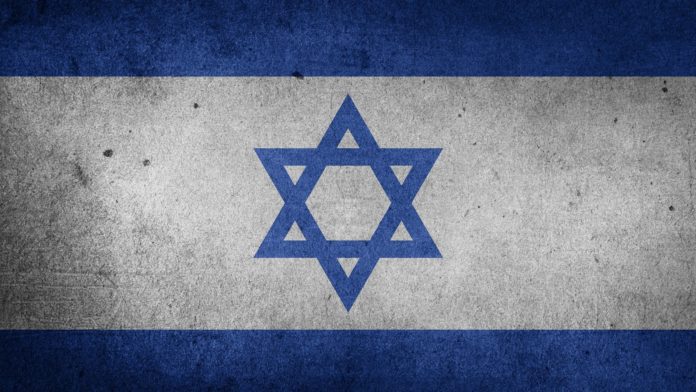 Netanyahu made the remark at a Likud campaign event in the northern city of Kiryat Ata, while assailing his political rivals for their positions on Iran and an Israeli-Palestinian peace deal.

“Who do you want to be dealing with talks over the Deal of the Century of President [Donald] Trump, which will be coming in just a bit, immediately after the elections?” he asked supporters.

He did not give a specific date for the release of the long-delayed proposal.

Last Wednesday, US special envoy Jason Greenblatt tweeted that the Trump administration had decided against releasing the plan until after elections, after Trump appeared to toy with the idea of rolling it out before the September 17 vote.

Last month, Trump was asked by reporters at the G7 summit whether he planned to introduce the political portion of his administration’s peace plan before Israel’s elections. He first said, “No of course not,” but moments later added, “but I think you may see what the deal is before the election,” sparking confusion as to Washington’s intentions.

Trump’s Mideast peace plan was supposed to roll out over the summer, but unveiling of the plan was delayed after Netanyahu failed to cobble together a coalition following the April elections and called a fresh vote.

The US has so far kept the political elements of its plan under wraps, while the economic aspects of it were presented in June by Trump’s son-in-law and adviser Jared Kushner at an American-led conference in Bahrain. The economic side of the plan would see a $50 billion investment package for the Palestinians and the wider region.

The Palestinians skipped the Bahrain conference and have rejected the peace plan outright, pressing on with their boycott of the administration since Trump recognized Jerusalem as Israel’s capital in December 2017 and cut Palestinian aid.

The Trump administration has since cut hundreds of millions of dollars in aid to the Palestinians, including all of its support for the UN agency for Palestinian refugees and nearly $200 million earmarked for humanitarian programs in the West Bank and Gaza.

Netanyahu says he is willing to wait and see the contents of the plan, but has reiterated he will not compromise on Israel’s security or evacuate settlements.

No details have been published so far about how the plan tackles key issues such as a potential independent Palestinian state, Israeli control over the West Bank, the fate of Jerusalem and the so-called right of return for Palestinians to homes from which their families fled or were expelled after Israel’s creation in 1948.

US officials have indicated that they will back “Palestinian autonomy” and self-governance, but stop short of endorsing the establishment of a Palestinian state.