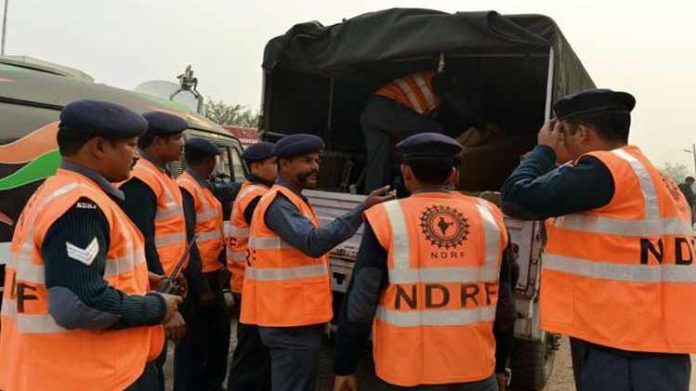 The National Disaster Response Force (NDRF) would induct women personnel in its new battalions within the next one year, a top official said.

The Union government had in 2018 made a proposal to attach women contingents to NDRF battalions in the country.

“Earlier, we didn’t have the barracks and other amenities for women personnel… But, we are now in a position to accommodate them and have already started the process of calling for women operators,” Director General of NDRF, S N Pradhan, told PTI.

Pradhan was recently in West Bengal to inaugurate the 2nd Battalion of the NDRF HQ campus at Haringhata, about 55 km from here.

“We have have made a specific request to the government that a certain number of women personnel must be sent for our four new battalions… This should happen within a year’s time,” he added.

The NDRF will have four new battalions in addition to the 12, and they will be based in Jammu and Kashmir, Himachal Pradesh, Uttarakhand and the National Capital Region.

The new battalions — each having around 1,150 personnel — will be drawn from the Assam Rifles, the Indo- Tibetan Border Police and the Border Security Force, a government order had said last year.

Pradhan added that the new 64-acre campus at Haringhata is a part of NDRF’s efforts to address on a “mission mode” certain “weak links” in terms of infrastructure-related work.

“Operationally, we are very sound. But, infrastructure base is a weak link; battalions were getting created but not completed, there were issues with getting handover of buildings for regional response centres after acquiring the land for them… We are trying to address these on mission mode,” he said.

The NDRF is a specialised force that was raised in 2006 for specific tasks of relief and rescue during natural and man-made disasters or threatening situations.