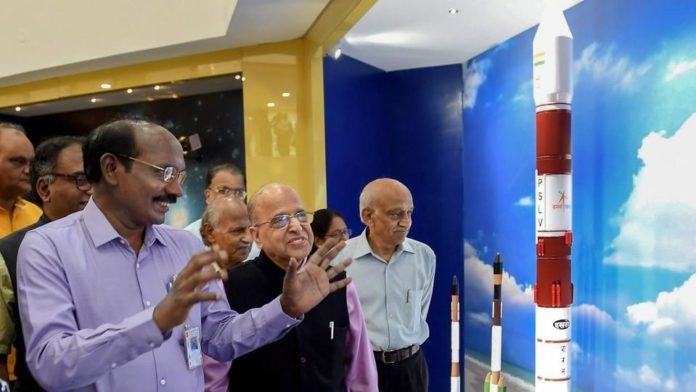 “Attempts are being made to reestablish communication links with the moon lander Vikram. The attempts will be made till September 20-21 when the sunlight will be there in the area where the Vikram has landed,” an ISRO official preferring anonymity told IANS.

Isro gets visitors from Nasa, CalTech

Tirrell was accompanied by General Larry James, Deputy Director of JPL and other senior officials from CalTech, ISRO said.

However, the statement is silent on the purpose of the meeting.

The Indian space agency will launch a satellite built by the Indian Institute of Space Science and Technology (IIST) in collaboration with CalTech.

“The IIST is designing a satellite along with California Institute of Technology,” Sivan had told IANS early this year.

While ISRO has been putting into orbit satellites built by Indian universities and educational institutions since 2009, the non-building of a satellite by IIST was noticeable.

The IIST is an autonomous body under the Department of Space and is a deemed university inaugurated in 2007.

Attempts go on to establish link with Vikram lander

The ISRO is trying to establish link with Vikram with its Indian Deep Space Network (IDSN) at Byalalu near Bengaluru.

Scott Tilley, an amateur astronomer who found American weather satellite IMAGE in 2018 that was considered to be lost, on September 10, tweeted: “#DSN 24 beams 12KW of RF at the #Moon in hopes of stimulating #Chandrayaan2’s lander #VikramLander into communicating with home.

“Here’s a eerie recording of the searcher’s signal reflected off the Moon and back to Earth via EME (Earth Moon Earth) on 2103.7MHz.”

“Meanwhile the DSN24 continues emitting its beacon in hopes #VikramLander will respond…A Good Night all!” he said in a recent tweet.

The IMAGE satellite was launched by NASA in 2000 and lost contact after five years.