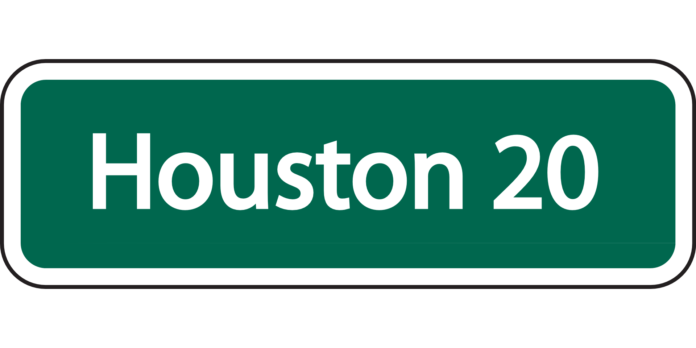 Modi, Trump at Houston will be all about quid pro quo (Guest Column)

The ducks seem to be lining up for President Donald Trump to join Prime Minister Narendra Modi at the Indian-American community event slated to be held on September 22 at Houston.

Modi will take the megaphone to address the Indian-American community at the 50,000-capacity NRG Stadium, at an event titled as “Howdy America”. Now imagine that Trump is also at the event. Optopolitics of the rarest kind will emanate and follow from the combination.

Will both leaders enter together, walk through the aisles, waving at the crowds, and reach the stage together? Will Modi start his address, and Trump sit and listen to the 40-60 minutes of Modi”s speech? And then, will Trump address the audience for 20-30 minutes? Chances are slim for this scenario to play out, for many reasons.

Rather, some alternative version will be on display. One efficient option can be that Modi addresses the audience, and just as he is ending the address, Trump walks in, shouts out a “Howdy Modi!”, and joins and hugs Modi on stage, to rousing cheers. And then, Modi and Trump together, hand in hand, exit the reception, as the crowd keeps cheering to the roof. Trump comes to take his friend Modi, and they together go for a summit meeting.

The optics and politics of Trump at the community event will be powerful. Why would Trump travel to Houston? Surely not to only attend the community event with Modi. It will have to be for something far more than this. Though by attending the event, Trump could well stand to gain political mileage with the Indian-American community, or is Trump doing a favour by joining the event?

Or, Trump could please the crowds by making a short announcement that he will soon be visiting India? A visit by Trump to India in next 3-4 months is of high importance, perhaps as chief guest to the pageantry of the Republic Day Parade at New Delhi on January 26, 2020.

In any case, remember that there will also need to be some nimble political choreography on site at the community event to keep the messaging on track. After all, majority of the Indian-American crowd is not very enthusiastic about Trump, and many of the US lawmakers who will be there to welcome Modi are no supporters of Trump.

With the community event done, both leaders will move to hold the summit meeting. This is where the next quid pro quo will unfold. Will it be a mega oil and energy deal between the United States and India? Houston being the oil capital of the world, it will make sense as a venue to announce such a deal. If India does so, then what is the quid pro quo that the United States will offer to India?

Or, will it also be about large-scale shifting of American companies to India from China, with some marquee announcements? What about a strong signal from America for an FTA (Free Trade Agreement) deal? India is worryingly short of what to do to tackle its current economic slowdown. A green flag on FTA will push US investments into India, away from China, and will therefore be a significant confidence building measure for the Indian market, and economy. If the US does this signalling, then what is the quid pro quo offered by India?

In any case in matters of trade, there are several items outstanding – ranging from trade deficit, tariffs, market access, to intellectual property rights, and many more. Moving forward on these, in the spirit of quid pro quo and some exchange of favours, moving towards a roadmap for an FTA could, therefore, be a logical path and outcome of the summit.

What else can be a bold, innovative exchange between the two leaders, at Houston? On defence? Though there can be some large deal on defence, there, however, cannot be a clean break by India in favour of the United States with the total exclusion of Russian supplies in future. The US seems to be realizing this, and India also seems to be doing some introspection in this matter.

On Afghanistan? This is one area, where both leaders could do some major innovation. India could provide boots on the ground in Afghanistan – to ring fence and protect the US camps and troops remaining in Afghanistan after the drawdown ordered by Trump. If decided by India, this can be a quantum game changer.

Right now, India may be at a stage where the geostrategic interests might weigh in favour of such a step by India. If India decides so, then the quid pro quo from the US must be something that India gets in exchange that is similarly ground-breaking, and with commensurate value for India. What can be this value that India might demand?

Of course, there are a host of other topics too, equally important, that shall be discussed, like counter terrorism, Pakistan behaviour in the Af-Pak, PoK, and Kashmir, and a range of other bilateral, regional, and global issues, including reform of world bodies, like the United Nations and WTO.

Surprisingly, one big ticket area, which has seen silence so far is related to 5G and Huawei. After the Osaka G-20 summit, Ivanka Trump had made a short announcement about the topics discussed. In that announcement, she had said that the two countries have decided to work together in a big way to develop 5G technologies. This can be a game changer.

If the two countries collaborate on 5G it will be a massive exercise in R&amp;D, finance, talent, entrepreneurial and vendor eco-system, market adoption and success in the face of competition from Huawei and the Europeans. Will the US shepherd billions of dollars in the 5G sector to India, so that the latter stays away from Huawei, and the products developed via the US-India collaboration be used in the Indian, US, and other world markets, too?

All the above can be discussed at New York, or in Washington DC, where again there is supposed to be a bilateral between Trump and Modi. What was the need for a separate, additional summit at Houston? Or, is it that the Houston rendezvous will piggy-back on the momentum of the community event, announce one mega-deal on oil, announce a state visit by Trump to India, and the rest will be taken up in New York or Washington?

When Modi roars “Howdy America”, it will be answered by a resounding “Howdy, Modi” by Trump. Quid pro Quo. Hello, Houston, we have a deal.