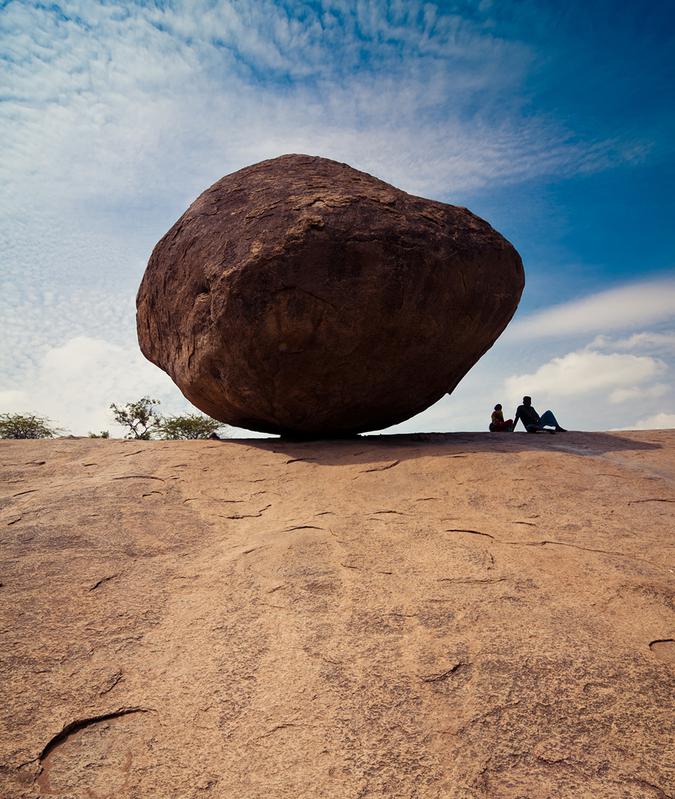 Have you ever balanced an egg upright? How long did it stay in that position? There’s a small town in India that can do you one better: a giant boulder known as Krishna’s Butter Ball has been balanced on its side for more than a millennium.

The small town of Mahabalipuram in India contains a baffling scene: one very special boulder. The name of this boulder is “Vaan Irai Kal,” which translates to “Sky God’s Stone,” but it’s more commonly known as Krishna’s Butter Ball. The huge size of the thing isn’t the strangest characteristic (the boulder measures 20 feet tall and 16.5 feet across), it’s the boulder’s location. The Butter Ball is perfectly perched on a sloping hillside, a seemingly gravity-defying position it has held for more than 1,200 years.

This boulder is called Krishna’s Butter Ball because of a Hindu legend that tells the story of the god Krishna, who liked to steal butter as a baby. The tale goes that Krishna dropped a huge dollop of butter that became the giant stone. Many people have tried to push the 250-ton boulder down the slope, but to no avail. So how does this iconic boulder maintain its unbelievable balance on a small base of less than two square feet? Even after a thousand years, the answer isn’t clear.