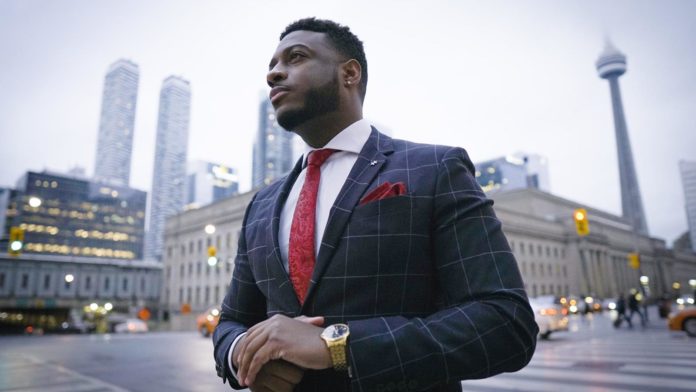 Money doesn’t grow on trees. Money is the root of all evil. Don’t talk to strangers. The only way to be successful is to go to school and get a good job. All of these lessons are taught at a very young age, and most people take them at face value and never question them. But for Jerome Clarah, he found out very quickly that money does grow on trees once successes start rolling in, and money isn’t the root of any evil, it just reveals your true characteristics. Also, there are several avenues for success outside of just going to school and finding a good job.

Jerome has found success in many industries. He owns a small marketing firm that deals with branding, website building, training, and consulting. While the company hasn’t officially been launched yet, it will be rolled out very soon and will bring massive value to any company that works with him.

He has also created a solid income stream by investing in real estate, and has been in the affiliate marketing industry for a few years. He’s fallen in love with the ability to help others find financial freedom, which in turn allows him to achieve his financial goals.

On top of all of his current ventures, Jerome has been trading in the foreign exchange market for over 3 years. The forex market has given him the ability to make an income on the side and help other people to become educated on the world of forex. According to Jerome, forex truly introduced him to the idea of not only earning an income, but compounding and growing his income daily.

Surrounding yourself with the right people is crucial for success. It took years for Jerome to realize that he needed to align himself with people that share a common future with him, not a common past. But once it finally clicked, he started becoming close with people who knew more and made more money than him. Their advice to him had a few common themes: own a business, invest your money, and create multiple income sources.

Even with all of this advice and strong network, Jerome still didn’t see success right away. But, all of his failures lead him to where he is today. He’s a huge believer that what happens to you is far less important than how you respond to it. He hasn’t allowed what he’s gone through to consume him, and has learned the most about himself through his trials and experiences. The only way to earn is to learn, throw out the “L” and move forward. No one knows how to move past an “L” more than Jerome.

There was a time where he lost everything important to him. After moving out of the house, he had to live in his car for a week. He bought a cheap gym membership to be able to shower every day. Eventually, he was able to move in with his aunt. Rather than staying down and letting his circumstances get the better of him, he locked in on his business and was able to get his own place and soon make six figures.

Finding success is obviously important, but Jerome simply isn’t willing to sacrifice personal happiness for monetary gain. During his initial success, someone in his circle created a toxic environment that eventually lead him to step away from the business. He asks, at what cost are you willing to be unhappy? At what cost are you willing to surround yourself with the wrong people? For Jerome, he’s just not willing to become successful in a toxic environment, which speaks volumes to him as a person. Entrepreneurship goes deeper than business, and Jerome Clarah personifies how to be successful on multiple levels every day.

Jerome now has a tight circle that all shares a common future. His businesses are thriving, he is able to teach people how to trade and become financially free, and focuses not on the status and materialistic things, but his own well being and spiritual success.

A successful entrepreneur must always adapt to the changing world