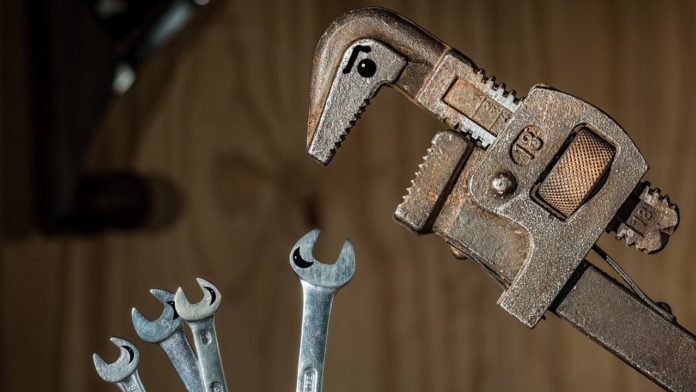 With the ease that the label “bad attitude” gets applied these days, it is unlikely that you catch yourself saying “I have a bad attitude today.” Though having it is something that you rarely consciously admit to yourself, your own bad attitude is more impactful on you than the attitude of anybody else around.

Staying in a company of people with a bad attitude is something you can choose. It’s similar to an elevator that stinks when you walk in. You suffer for a couple of floors but then you walk out. And soon enough, you manage to erase the unpleasant encounter out of your mind.

Having a bad attitude is different. You don’t notice or pay much attention to a stink, because it’s yours. And, until you are able to identify and manage your bad attitude, you are a prisoner of it, unknowingly to yourself.

So it is not a semantics exercise when you try to put a finger on what exactly you call a bad attitude. It is, rather, the training of your mindfulness to notice when you are in your own stinking cloud and not letting it become your permanent company.

What If You Think You Know More Than Anybody Else?

Coming to a project, a team, a conversation with a sense that you are always right and that you know everything is a sign of a bad attitude. You can be indeed the most prepared and have the deepest expertise – that is not the point. In fact, being the smartest person in the room is often one of the coping mechanisms we often resort to.[1]

The problem with thinking that you know more than everybody else is that, in this mindset, you are not open to feedback or any new information that can be constructive to what you are trying to achieve. Your focus is on proving others wrong, without giving a chance to a possibility that others may actually have a point.

Come back to that nail technician who messed up your toes. She will be adamant pointing that your feet are crooked rather than admitting that she, a professional in this setting, did something wrong. With the huffing and puffing, she will redo your nails. But she may never see where exactly she made a mistake. You can be the same when you think you know more than anybody else.

Catch your bad attitude when you dismiss a piece of feedback, when you defend familiar ways, and when you discredit (even only to yourself) others’ experiences as invalid. At that moment, not only you are impossible to cooperate with. In this mindset, you block any opportunities for your own growth. With the need to maintain your status of know-it-all, you become stiff and blinded to things that can oftentimes benefit you.

From Know-It-All to Knowing Nothing

Once you’ve diagnosed that you are in your usual “know more than anybody else” mode, coming out of the stinky attitude starts with recognizing that sometimes, you might be actually wrong. And it may have nothing to do with the facts, figures, and dates. If anything, you are always spot on with your prep. It is about admitting that others may experience the same situations differently than you and therefore have their own truth, also different from yours.

Preparing to be wrong means understanding that all you know is actually a reflection of your experiences only, and not anybody else’s. Whether it is about personal relationships or business, you can be both right about your own vision of things and wrong about others’ at the same time. Realizing it makes you so much more open-minded, cooperative, and tolerant. And that’s quite a bit of an attitude change!

What If You Think It Will Fail Before It Begins?

Imagine that you perform your best version of an eye-roll and frustratingly ask yourself, “Why do I even have to go through it?” You are about to start something that, in your book, has already failed. Placing a verdict of failure on things, people, or events before they even had a chance is bad attitude!

Here are some examples. You think a meeting with your colleagues will be a waste of time before heading to it. So you mentally write it off and deliberate a way you can pretend participating while going through your own plans. You suspect that your partner will forget your birthday, and you decide to spare yourself from a potential disappointment. You book a restaurant in advance so there are no unpleasant surprises.

Anticipating a failure is a natural defense. Something uncertain is about to happen, and preparing for the worst is a way to control it. However, having a backup plan for the worst-case scenario is different than filing something as a failure in your mind before it starts. The former gives some room for things to turn out fine, with a plan B in the back burner. The latter already has placed the whole enterprise in a grave. No matter what destiny it could have had, you’ve already decided that it’s going to be grim.

When you decide to book a restaurant to prevent your partner from forgetting your birthday, you rip him of the agency he has in this situation. More so, you literally incentivize him to disappoint you next time. You do not believe in him from the start – so why convince you otherwise? And, as your know-it-all mode might kick in here too (see point above), you will inadvertently lead a situation into failure just to prove you are right. Double strike for bad attitude!

From Expecting Failure to Giving the Agency

Bad attitude coming from not believing in people is rooted in past disappointing experiences. Yet writing things off because others have let you down before is just bitter. You literally allow your past to dictate your future. You condition others that there is no way for them to please you, because you’ve already decided it’s going to be a failure. You also condition yourself to only notice disappointments, because that’s all you remember.

Turning this around requires letting others own their mistakes when they make them instead of trying to preempt them. Giving the agency to people you deal with and taking them in good faith means believing that they are doing their best. With that belief, you will be present to see that, instead of tending to the graveyard of failures that never happened.

What If You Criticize to Invalidate?

Let’s say, your team sends a presentation, and you see every bullet point that is not aligned well. Or maybe your friend tells you about her mysterious new boyfriend, and you find every inconsistency in his behavior. Attentive to details and analytical, one thing you do extremely well is finding holes in anything. Nothing that does not sit well skips your eye.

While your forensics skills came handy on more than one occasion, they’ve probably brought you into one particular trap: you can criticize something to completely destroy it. At first, it may seem like fun. Because look at you not letting any imperfection pass through! But then you just cannot stop. The more you discover, the more your inner detective gets both enraged but also aroused by an idea of finding more. It goes on until you stand in the middle of ruins, aggravated. “Couldn’t others see what I had to deal with just now?”

Bad attitude! You’ve just destroyed something into pieces without building anything in return.

How come is it a bad attitude when you just pointed at everything that is wrong with an idea? Well, your role in the whole undertaking is destructive, not constructive.

For someone you’ve provided feedback to – all you’ve done is invalidated that person’s vision (even for a good reason), which, without an alternative vision, leaves that person directionless.

For yourself, you have just spent time finding negative. Without rebalancing it with positive and offering ways how it might work, the net result of your effort is another confirmation that people do sloppy work, do not pay attention, let alone care.

From Destructive to Constructive

The only way to remedy this bad attitude caused by a detective syndrome is to take it for a rule that whenever you criticize – you offer an alternative. Literally! Do not like a sentence in a presentation – offer a rewrite! Do not like a proposed strategy, instead of stopping at finding problems, – find how the problems can be resolved.

A good attitude is whenever you are a critic, you are also a creator. This way, instead of being a party pooper to be avoided, you will be someone to come to for solutions.

You being constructive is not only important for people around. It is most important for you. So, between things that you’ve criticized to death and things that you helped to progress forward, the balance would always remain on the latter. Even after all the sadist pleasure you’ve derived marking up your teammate’s draft into a bloodbath, at the end of the day, you are the one who moves this draft to a next level, not throws it in the garbage.

What If Everybody Around You is a Problem?

There is a saying that:

“If everybody around you is a problem, you are a problem.”

Finding the culprits is a common strategy for masking a bad attitude. Yet this is the exact time you should turn to yourself.

If others have no clue what they are doing, perhaps it’s a good moment for you to examine your conviction that you know more than anybody else. If you feel like things are bound to fail before they even commence, probably it’s your desire to control everything taking the best of you. And, if you encounter more issues than solutions, it can be the case that the real issue begins with you.

Identify your bad attitude before pointing at anybody else’s, and you are halfway turning it around. Then, prepare to be wrong, give people ownership of their mistakes, and offer alternatives when you criticize, and that’s a much better attitude!