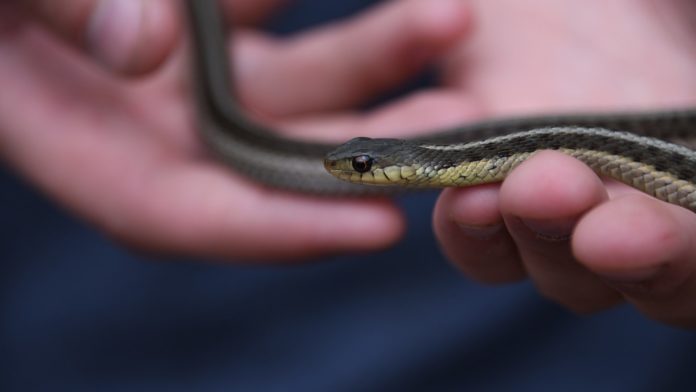 A phobia is defined as an irrational fear. There are hundreds of them.

Triskadekaphobia – fear of the number thirteen

…to pick out just a handful of mostly little known phobias.

Phobias keep you safe. That’s an odd claim to make. Anyone who suffers from a phobia of something they can’t avoid knows how disabling phobias are. And experiencing a terror of an object or circumstance that others don’t have any problem with is likely to make life uncomfortable at the very least. But let’s have a look at this whole phobia issue.

Snakes, spiders, and needles are very common phobias. Even chimpanzees suffer from snake phobia. It keeps them safe. Snakes can be lethal. But chimpanzees even go ape at a piece of hosepipe that looks like a snake lying on the ground. So being frightened of snakes makes more sense than not being frightened of snakes. Spiders too can be poisonous, so it makes sense to give them a wide berth too. Needles hurt so why not want to avoid having someone stick one in you and either suck blood out, or pump something in.

Fear of the dark. Well you can’t see if there’s any danger in the dark and in the dark danger (bear, wolf, lion, hyena, plague infested rat) has a better chance of getting up close to you. So it makes sense to want to keep a light on (have a fire burning) all night.

So you can see already that some phobias might have origins in our evolutionary past. And panicking or screaming or generally making a fuss would be of benefit to the whole tribal group alerting them of danger in much the way that one or two individuals in a flock or a herd will give an alarm call when they spot a predator on the prowl.

The only problem is that with a phobia, the reaction has gotten a little out of hand. The scale of it has gone beyond what is necessary, that’s all.

But then there are the agoraphobics and social phobics. Phobias like these actually make a person’s world very small and very frightening. But if you feel uncertain of yourself and have low self-esteem then the phobia provides a legitimate reason to avoid being out and having to interact with others. So the phobia, uncomfortable though it is, actually has some benefits.

The problem is, benefits or not, that when you are confronted with the thing that terrifies you, when you have to go on holiday and spend several hours trapped in an aeroplane convinced you are going to die, and then spend a fortnight looking forward to the terror of the return, you experience a very real Hell. Whatever the phobia is, when it happens, all sense goes out of the window and life becomes something that you’d readily give up rather than face that thing that frightens you.

This is a serious problem. Anything that debilitating, anything that has that much power to destroy the rational intelligence of a healthy mind is something to be treated with respect and with all seriousness.

So what’s the difference between a phobia and a fear. I’ve handled snakes and enjoyed it, they are amazing creatures. But hand me a cobra and I’d back away with some trepidation. I don’t have a problem with harmless spiders crawling on me, but I’d be seriously panicked if a black widow was crawling up my arm. This is a normal healthy, sensible reaction. Panicking because you are told there is a snake in a bag in the next room isn’t. Panicking because you bring an image of a spider into your mind is abnormal.

A phobia fills your mind and there is nothing there but a desire to be away from the source of the phobia. Thinking about the object of the phobia brings on symptoms almost identical to their actual physical presence. Often when phobias are treated the sufferer is asked to score the severity on a scale of 1 to 10, where ten is the highest level of terror they can imagine and 1 is feeling just ever so slightly uncomfortable. If the score isn’t 8 or above, then there is a strong likelihood that there is no phobia. That doesn’t mean there isn’t a problem, but it does mean the treatment could be different. Most people can handle fears up to level 7, above that it takes over the mind completely.

But it is all in the mind.

That’s why a phobia is one of the easiest problems for a hypnotherapist to fix. I’ll tell you quickly one of the ‘tricks’ we use to scramble up a phobic image. It’s generally known as the five-minute phobia cure. Let’s say arachnophobia, a fear of spiders, is the problem. The sufferer is asked to picture a spider in their mind and then put a funny hat on it, say a clown’s hat with a big bobble on the top. Then you could put bright yellow Wellington boots on each of its eight legs, and maybe give it a big red nose. And you play around with the image until you see a smile or a laugh. It’s just a question of finding the right elements that trigger a humorous response. You can’t laugh and be frightened simultaneously.

What this does is interfere with the thought pathways that lead to a fear response when an image of a spider is encountered (imagined or real), so the neurons that used to fire so readily on presentation of that image can’t do so, or can’t do so without other neurons also firing that lead to a relaxation response. The more scrambled and the more humorous you can make the image, the more powerful the ‘cure’.