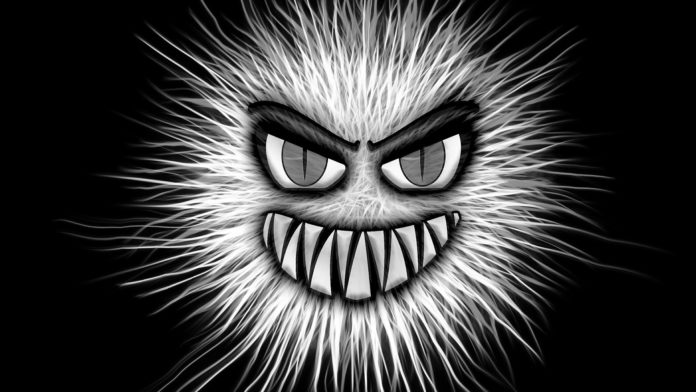 Before we can understand how bacteria affect your food, we need to define the term: what are bacteria?

How do we define them?

They are single-celled microorganisms which can exist either as independent (free-living) organisms or as parasites (dependent upon another organism for life). They are about 0.5 to 2 micrometers in size. A grain of sand is 2 millimeters is size. This means you could fit 1000 bacterial cells into a single grain of sand. This means we can only see bacterial cells through the microscope.

Other than through the microscope, they form what we call “colonies” which have millions of cells which allow us to easily see them in a medium that is grown in the lab known as agar plates. This is the simplest method used, in order to identify and see them. We use this method to count how many of them are present in for example a swab of a cutting board. Greater than 300 colonies is considered dirty and contaminated.

These were one of the very first organisms to exist on our planet, so they are very, very old and have co-existed with humans since the beginning. There are millions of different types of bacteria, some good for you and some very dangerous to your health.

Where can you find them?

They live in water, soil, in plants and in animals. They are so prominent on earth that they also live in some of the most extreme environments, such as the deep ocean, hot springs and there is even evidence that bacteria lived on mars.

As an example, bacteria on a human associated level grows in your gut, on your skin and in your hair (eye-lashes included). So much so, that recent research has shown that the makeup of the different kinds of bacteria in your gut and skin is MORE unique than a fingerprint.

They also grow and survive in the food that we eat, raw meat and vegetables by design must be cooked so that we as humans can consume these foods without getting sick from the bacteria that thrive in these environments.

There are two main distinctions for bacteria which we define as gram-positive and gram-negative bacteria.

We use this distinction to group the various types of bacteria by how the look and behave. All commonly occurring bacteria fall under these two categories. Suffice to say we identify bacteria in the lab with a simple test that we use as a broad category to determine which bacteria we are looking at. This test is known as a Gram stain. This means that there are two main types of bacteria that look and behave differently from each other. With this method we are able to see bacteria under the microscope.

This test also helps us see the shape of the bacteria. There are three shapes, bacilli (rod-shaped), cocci (circular), and spirilla (corkscrew shaped).

What Do they Need to Survive?

In general (with bacteria there are always exceptions) we see that bacteria can survive in a very large temperature ranges. Bacteria can live between 0 to 60 °Celsius (32 – 122 °Fahrenheit), however on a human associated level they grow at their best between 20 and 45 °Celsius (68 – 113 ° Fahrenheit).

This is because the bacteria that we are concerned with have adapted to our internal bodies, in order to infect and contaminate our bodies. Therefore the absolute best temperature is 37 ° C (98 ° F).

They can grow mostly in moisture rich environments. In food, they love moisture rich conditions. Water activity means how much water is available in a food product. Such an example would be cucumbers, there is a high availability of water in cucumbers, lettuce and celery (95%). When compared to dried spices (5 – 50%). Most bacteria need at least 80% water to survive.

As we as humans need nutrients to survive, so does bacteria. With nutrient high content, food is a perfect source of nutrients for them to grow. Which is why we need to have very good hygiene standards in the kitchen. Food is an ideal environment for them. The skin of humans and animals are also an example of a high nutrient source for them. They require sources of carbon, nitrogen, phosphorous, iron and a large number of other minerals.

The pH or acidity level also affects how they grows and how effectively they can survive within the environment. Bacteria in food ranges from 5 to 8 pH. This means items such as vinegar is unlikely to allow them to survive.

Lemons are always a popular food when anti-bacterial properties are mentioned. Indeed the pH does discourage the growth of them, but is not a major factor when killing bacteria that occurs from cross-contamination. meats, spinach and milk are within the ideal pH range of bacteria. Yogurt has a pH just below the ideal range, and is general considered less risky them milk because of this.

They can grow in both oxygen rich and poor environments. This means sealed and unsealed products. Therefore, vacuum packed meals and foods are not free from concern. This also means exposing foods to the environment and leaving food uncovered allows them to grow.

The longer bacteria are exposed to the above factors in their ideal conditions, the more established the bacterial cells become. These factors are all dependent on time, and they can rapidly multiply within 15 to 45 minutes.

As you can see, they are similar to humans in what they need to survive, hence there are human associated bacteria, and as a result, bacteria that occur in the foods that we consume.