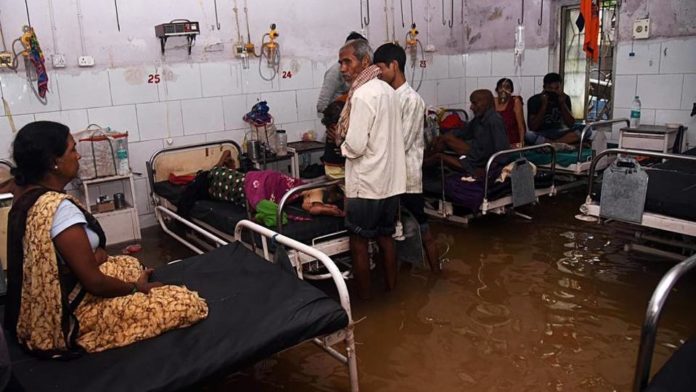 Patna had witnessed a heavy downpour on Saturday, causing traffic jams and water-logging in several parts of the city.

More than 20 people were killed across Bihar after heavy rain over the last three days. Streets were flooded in the state capital Patna and teams of the National Disaster Response Force (NDRF) have been deployed to carry out rescue operations.

At least three people were killed and several feared trapped after a wall collapsed in Bhagalpur after the downpour, ANI reported on Sunday.

Water also entered the premises of several hospitals in Patna. Both the Nalanda Medical College Hospital, the second largest in the city, and Gardanibagh hospital were flooded. Ambulances weren’t able to ply and the hospitals depended on hand pulled carts to transport oxygen cylinders and other essential items.

Bihar has been lashed by incessant showers since Friday night and the Meteorological department has forecast heavy rain for the next few days. The district administration has the ordered closure of all schools till Tuesday.

There were traffic jams in Patna due to the heavy rain. Commuters could be seen wading through knee-deep water.Patna district magistrate Kumar Ravi said that localities like Rajendra Nagar and S K Puri are worst affected.

On Saturday morning, rail traffic was suspended on the Darbhanga-Samastipur section after an embankment collapsed and train tracks were submerged.