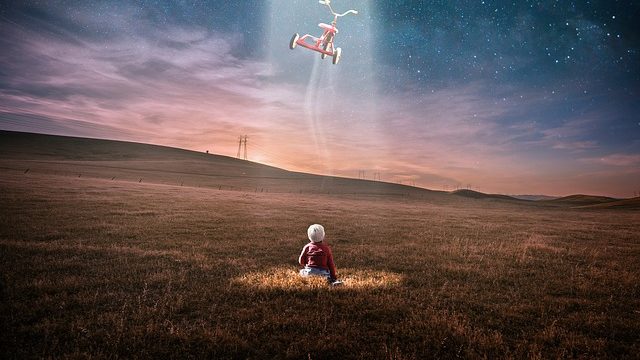 The cyber-sky is falling! At least that’s what you’d be led to believe if you follow Internet policy debates these days. A veritable “technopanic” mentality is increasingly on display in debates over online child safety, privacy, cybersecurity, and even copyright policy.

At many cybersecurity hearings and events these days, various doomsayers predict an impending “Digital Pearl Harbor,” or even a “cyber 9/11,” even though these historical incidents resulted in death and destruction of a sort not comparable to attacks on digital networks. Others refer to “cyber bombs” even though no one can be “bombed” with binary code.

Debates about media policy and online safety are also riddled with paranoia and panic. The titles of recent books about television and video game content have decried the “home invasion” of “cultural terrorism” and pleaded with media creators to “stop teaching our kids to kill.” Also, the rise of online social networking sites a few years ago spawned a “predator panic” and resulted in a proposed federal ban on access to those sites in schools and libraries, as well as mandatory online age verification, which was endorsed by many state officials. Subsequent research proved this threat was wildly overblown.

Meanwhile, alarmism is on the rise in privacy debates with some regulatory advocates drawing comparisons to natural disasters or environmental catastrophes, such as a “privacy Chernobyl” or data “toxic waste” spills. Of course, in reality, data flows are nothing like Chernobyl or toxic waste since even the worst privacy violations or data breaches pose no direct threat to life or health. This is not to minimize the seriousness of data leakages since they can result in loss of privacy or even income, but those harms do not approximate death or serious illness as the inflated rhetoric implies.

Such paranoia and fears are often driven by the fact that humans are both naturally risk adverse and poor judges of risks. Thus, the survival instinct combined with poor comparative risk analysis skills lead many people to engage in, or buy into, technopanics. But other factors are often at work and, in my paper, I examine six additional factors that contribute to the rise of technopanics and “threat inflation” in the information technology sector.

Most technopanics blow over in time, but the short-term danger is real. Technopanics can encourage policymakers to adopt far-reaching controls on information flows and the information economy more generally.

Worse yet, continuously elevated states of fear or panic can lead to dangerous tensions throughout society. For example, the recent “stranger danger” panic has led to unfortunate suspicions about the presence of males near children. Similarly, excessive panic over cybersecurity matters can lead to paranoia about the potential danger of visiting certain digital sites or using certain digital tools that are, generally speaking, safe and beneficial to the masses.

Finally, if everything is viewed as a risk, then nothing is a risk. Fear-based tactics and inflated threat scenarios can lead to situations where individuals and society ignore quite serious risks because they are overshadowed by unnecessary panics over non-problems.