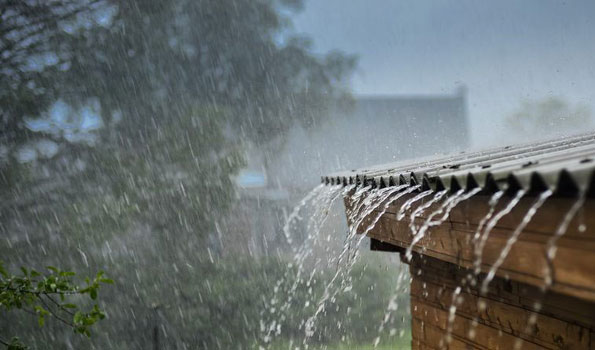 Hyderabad, Sep 25 (IANS) Heavy rains continued to pound Hyderabad for the second straight day on Wednesday, with the city recording the highest September rainfall in over 100 years, officials said.

Heavy rains pounded several parts of the city on Wednesday evening, bringing normal life to a grinding halt. Commuters were stranded in peak hour traffic as the thunderstorm resulted in inundation of the roads.

Long traffic snarls were seen in the Information Technology corridors of Hitec City and Gachibowli. Hundreds of techies returning from their offices were caught in the jam.

The traffic police had a tough time in controlling the situation. The police have advised the employees of IT companies to delay their departure from offices and follow staggered timings in view of the traffic jams.

Kishan Reddy, who represents the Secunderabad Lok Sabha constituency, also assured Centre”s support in the deployment of National Disaster Response Force (NDRF), as and when there is a requirement.

According to Indian Meteorological Department (IMD) officials, the city is witnessing an unusual phenomenon as the rainfall received during September in normal rainfall years is less than July and August.

According to IMD data, Hyderabad received 7.5 cm rainfall on Tuesday, while some areas received up to 13.2 cm rainfall.