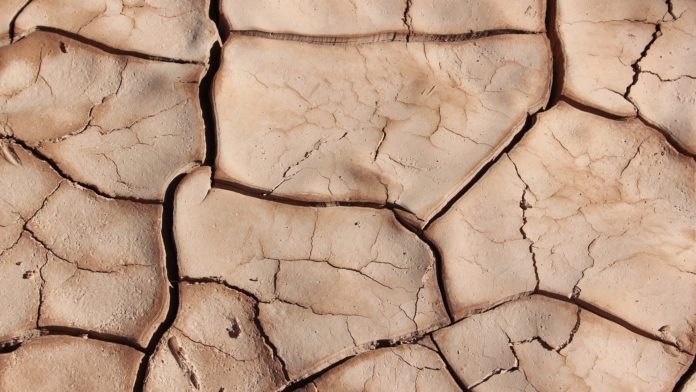 Webster defined drought as a period of below-average precipitation in a given region, resulting in prolonged shortages in its water supply, whether atmospheric, surface water or ground water. A drought can last for months, years, or may even last for decades. The world today is faced with the fact that many countries around the world have squandered their natural resource of fresh water to the point that very critical shortages are already occurring. What is amazing though is that the Earth provides all living things with abundant amounts of rainfall and snow to survive. The logistics of fresh water transport to areas that are faced with dire shortages is hampered by monetary constraints that always thwart those areas from receiving relief form their water shortages.

Whether it is greed, the inhumanity of man or just plain ignorance are the main reasons why millions of people are now facing acute shortages of fresh clean water. It is very apparent to see that abundant fresh available water is the first primary requirement for any and all other projects. Without abundant available fresh water any future development whether it’s new construction for homes or businesses or for agriculture will end up in failure. What is a major factor of the contributor to global water shortages is due to mans gluttony of the consumption of fossil fuels for the past 100 years. Our insistence on relying on fossil fuels has intensified Global warming to the point to where we are facing a global catastrophe of epic proportions. This disaster is happening right now in areas in the Mid East and will spread through-out the world if we fail to utilize the technologies that are now available to usher in an age of progress to eliminate the enormous consumption of fossil fuel sources. We also have to coordinate global initiatives to end drought conditions that are already occurring around the world.

In Egypt due to the lack of sufficient infrastructure to trap rain run offs the recent days of heavy rain and subsequent flooding swept tons of soil and other containments into the Nile. The Nile is the main fresh water supplier for all of Egypt now has been deluged with slit and sewage forcing the closures of practically all of their water treatment centers. This is just a sample of the monumental task of securing abundant fresh water for Egypt. The situation is dire for other Mid Eastern countries as well. The availability of potable freshwater has made the prices skyrocket to the point that millions still suffer because they cannot afford the rising costs now associated with procuring fresh water from all around the region.

The United States is not immune to the lack of fresh clean water either. Flint Michigan is a typical example of man’s carelessness in not providing fresh water to the people of Flint, Michigan. Coastal regions like Florida also have inadequate measures in place to provide fresh water for the growing population. Due the vulnerability of the Southeast to tropical storms and hurricanes the infrastructure in place to trap rain and storm runoffs is woefully inadequate. And, what ever rain falls the rain run off goes right into the Atlantic or into the Gulf of Mexico. All across the United States people are facing fresh water shortages, rising costs, and even worse have their water shut off just because they can’t pay their water bill. With so much emphasis on the recent Dakota oil pipe line where so much media attention is focused we should be really focusing on water transport instead of oil. Man can live quite well without oil but cannot live very long without fresh water.

We should remember that before modern times the Harappa Civilisation in Sindh-India were able to sustain their culture above the rain line by collecting dew and channeling it to cisterns for later distribution. Historical records indicate the use of water-collecting fog fences. These traditional methods have usually been completely passive, requiring no external energy source other than naturally occurring temperatures. And, if ancient Rome can build aqueducts to supply Rome with more than enough fresh water just think what man can build today using our available technologies. We have already developed water technologies far superior to what the Incas deployed. There should be no reason why anyone anywhere around the world should have to suffer because of the lack of available fresh water. And yet wars are continually being fought for water rights. Today, the rising costs associated with the lack of potable fresh water have put mankind on the very brink of a catastrophe that if not immediately addressed will add to the deployment of a disaster of epic proportions that will soon explode on a global scale.

Yet, it continues to be the greed of man whether it is for corporate profits, political gain, or the power to control populations the available technologies that would greatly reduce the global tensions because of the lack of fresh available potable water are kept from ever reaching the areas that benefit the most. When you have water companies using free solar energy to harness enough fresh water right form the atmosphere but purposely keep that technology cost prohibitive only further exasperates water shortages. The need is imperative that to defuse a ticking time bomb due to the lack of fresh potable water these technologies must be made available to areas and countries that are most at risk of suffering due to the lack of fresh water. In the end water companies will become more profitable and global suffering of populations will ease. All because now they will have available fresh water without having to fight for water rights.