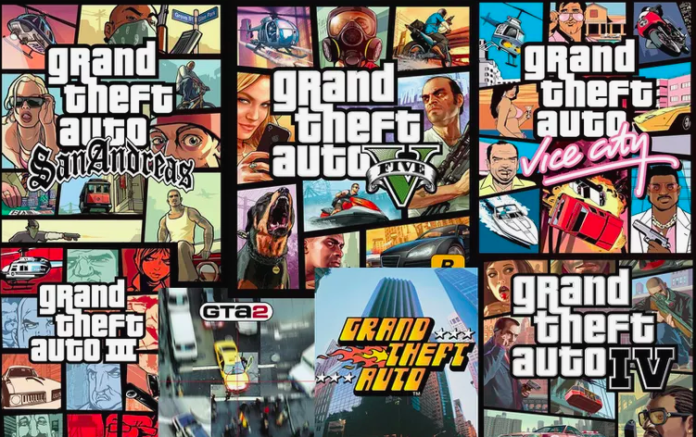 The GTA 6 release date could be much further away than expected after Rockstar’s next game was confirmed by a leak from down under.

The headline news was mainly focussed on several ‘leaks’ that claimed to be the first look images of GTA 6.

As you might expect, fans were treated to some blurry, off-center images which showed practically no details whatsoever. You might liken it to just concept art.

But the truth is, it was nothing more than big fat fakes, with fans eventually discovering that one of the images – of a man from behind – was actually from another piece of work.

If you want to know more. Simply follow the link for more details courtesy of YouTuber MrBossFTW.

There was another image too, intended to look like early gameplay, but again, from what we can tell there’s several factors which make you want to divebomb into the biggest pile of salt to even consider the image being real.

So, that’s the bad news for Rockstar fans this week, we suppose.

But don’t worry there is more news that gives Rockstar fans a reason to be cheerful. Unfortunately, it’s not positive for those desperate to see GTA 6 or Bully 2 released in the near future.

Fans of Rockstar might recall that some weeks back a new game was up for classification in Australia called Bonaire.

It was believed this had something to do with Red Dead Redemption 2, and shortly after the discovery, TezFunz2, a prominent fountain of Rockstar Games intel tweeted:

“Rockstar mysterious title called “Bonaire” is the code name for RDR2 PC. As to why it was refused classification is unknown, but I would assume it’s because of something new within the PC version as the Australian government seems to be okay with the console versions. Interesting enough, the Australian Classification Board had problems with GTAV Rockstar Editor back in 2015. “It won’t surprise me if they are having problems with RDR2 Rockstar Editor which should be coming with the PC version.”

Well, there’s a significant update on the state of Bonaire, or rather Red Dead Redemption.

Fans this week noticed that another the Australian government has once again refused classification for a Rockstar Games project.

However, this time, it’s not Bonaire. Even more suspiciously, it’s filed under ‘Red Dead Redemption 2′.

Whether this is indeed a PC version (which seems most likely) or some sort of new Single-Player DLC is still anybodies guess. But its no doubt that this is the next big project coming from Rockstar Games.

Nobody can seem to say why the game keeps getting refused classification, but one user on the GTA Online Forums has suggested it has something to do with the companies patented Rockstar Editor (something TezFunz2 has also mentioned).

“It’s because of the Rockstar Editor. GTAV had same issues when tried to get the PC version classified in Australia as it was considered more violent than the base game because you could make snuff-like videos