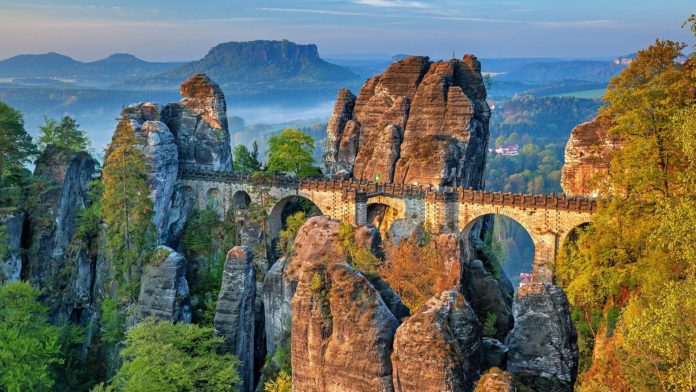 Are you considering a visit to Germany? Why not visit the city of Cologne. It has a history which goes back to the Roman era. Located next to river Rhine and the fourth largest city in Germany it offers good a connection to the nearby cities of Düsseldorf and Bonn. Cologne is also linked with Amsterdam, Brussels, London and Paris by Thalys, ICE and Eurostar High Speed trains. The Frankfurt airport has a direct service to Cologne and is within one hour by ICE trains.

Cologne has plenty to offer in terms of entertainment and culture. The following places are certainly worth seeing:

The Gothic Cathedral, also known as the Dom, is the city’s most famous landmark and also a well known architectural monument in Germany. It is 144 metres long and 86 meters wide and has two spires that are 157 metres in height. Construction began in 1248 to house the relics of the Magi, the Dom was not completed until 1880. The completion of the cathedral was celebrated as a national event. Despite changing architectural styles through the centuries, the result is essentially Gothic. Situated in the centre of Cologne, from the top of the Dom’s south tower there are panoramic views across the city and surrounding area. Open daily from 7:00 am to 7:00 pm, except during religious services.

The most impressive attraction in the Roman-Germanic Museum is the 70 square metre Dionysos-Mosaik. The mosaic, once the floor of the main room of a large Roman villa dating from the third century, was discovered in 1941 during excavation work for an air-raid shelter. The Museum, which was opened in 1974 and is situated near the Kölner Dom, boasts a collection of prehistoric, ancient and medieval finds. The exhibitions give an insight into the daily life, beliefs and customs of long-forgotten cultures. An unusual feature is the collection of Roman glassware.

Cologne is the city of live music and concerts, with music from all periods from all over the world and in the most diverse stylistic schools and movements performed here every day. The powerfully pulsating heart of this Cologne music culture, is the philharmonic hall built in the cathedral mound, which seats 2000 people. Since its opening in 1986, it has become one of the leading international concert halls. The ‘Philharmonie’ concert hall has at least one performance scheduled for virtually every day of the year. Recitals range from chamber music to jazz, folk and pop, with a house policy of encouraging lesser-known, new and unusual music.

The city hall in Alter Markt (Old Square) dates from 1330 but has a tower from the 15th century and a Renaissance facade from the 16th century. Having been damaged during the Second World War, part of the 14th-century Renaissance building was rebuilt. Cologne artisans concentrated particularly on restoring the City Hall tower, and thanks to their donations the City Hall got restored properly. Statues of emperors, popes, poets and academics – and also of women’s rights campaigners – look down from the tower on the busy square below.

The Old Market lies in the heart of the old town. Surrounded by bars and restaurants, it hosts a variety of events all year round: home to the Christmas market during the festive season and the Medienburgerfestival in the summer, the Old Market is perhaps best known for the Carnival which begins here at 11.11 am on the 11th day of the 11th month. This is when Cologne goes completely crazy. During the Middle Ages, the Old Market was Cologne’s commercial centre, and the nearby butter market, fish market and hay market were some of its subsidiaries. Nowadays, it is simply a focal point for tourists who flock here to witness the comings and goings around the market fountain.