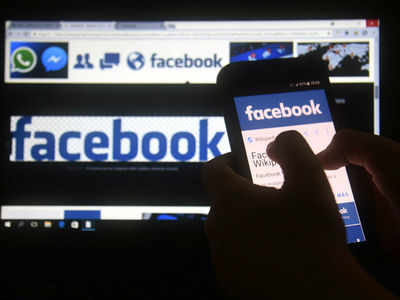 Thiruvananthapuram, Sept 27 (PTI) In a move that would give a tremendous boost to the startup ecosystem in India, social media major Facebook is gearing up to make substantial investments in technology startups, a top company official said here on Friday.

We now have shown willingness to make direct investments in technology startups in India. We are willing to spend our time, and energy to tap the massive depth of engineering talent in the country, Facebook India Vice-President and Managing Director Ajit Mohan said.

He was addressing the opening session of the second edition of Huddle Kerala 2019, one of Asia’s largest congregations on the startup ecosystem, here.

The two-day event is being organized by the Kerala Startup Mission (KSUM) in association with Internet and Mobile Association of India (IAMAI).

In his keynote address, Mohan said: A couple of months ago, we announced the first minority investment that Facebook has done anywhere in the world in a company called Meesho.

What Meesho does is it relies on the existing behavior of communities in India and leverages on women entrepreneurs essentially pitching products to their friends and families.”

The best thing about their model was it could bring 2,00,000 first-time female entrepreneurs online, he noted.

It is an innovation that was coming out of India which can be exported to the rest of the world, and that model has scaled a dramatic impact on job creation. Any analysis of the economy, most of the job creation happens from small business, the Facebook executive said.

Citing the government data, he said women’s representation in the technology sector stood between 30 percent and 35 percent.

A lot of our energy must go to break gender imbalance.

We have to think about what are the barriers that limit women from coming online, he said adding that the company’s focus was on skill-building and introduction of platforms to startups.

Anil Agrawal, Joint Secretary, Department for Promotion of Industry and Internal Trade (DPIIT), who was the chief guest, said other states should replicate the Kerala model in building the startup ecosystem.

Referring to the ubiquitous startup milieu in the country, he said nearly two startups were getting registered every hour in the country.

We have 22,895 registered startups in the country as per the records till September. Around 45 percent of startups come from tier-2 and tier-3 cities. About 9 to 10 percent of startups have women as founders, and we have to promote women entrepreneurs, he added.

In his presidential address, Kerala Electronics and IT Secretary M Sivasankar said the penetration of startups in the state during the last three years was amazing.

The social change startups have brought is commendable.

We have to give more emphasis on access, skill, and content to sustain the unique status of Kerala in the startup ecosystem, he added.

IAMAI Startup Foundation CEO Jitender S.Minhas said Kerala was exploring emerging technologies like blockchain and no other states have achieved the kind of ecosystem it has created so far.

KSUM CEO Saji Gopinath said Huddle Kerala was a key event for knowledge transfer, informal interaction and to impress upon others about the happenings in the states startup ecosystem.

The event, which hosts an array of technology experts and marketing leaders, will offer a unique platform for startups to showcase their products before technology and industry leaders from around the world.

More than 30 speakers, investors, and industry challenges are also part of Huddle Kerala.