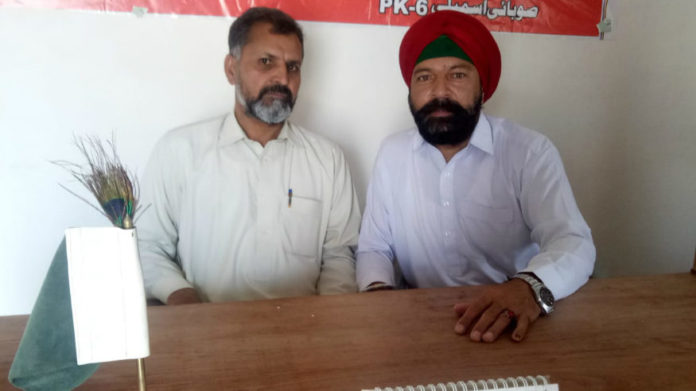 The 43-year-old, from Pakistan, want to take political asylum in India as, according to him, minorities are treated badly in the neighbouring country and ‘Hindus and Sikhs are killed on a daily basis’.

Delhi: Upset over the bad treatment meted out to minorities in Pakistan, a former MLA from Imran Khan’s Pakistan Tehreek-i-Insaf (PTI) is trying to seek political asylum in India.

Baldev Kumar, a former MLA from Barikot (reserved) seat in Khyber Pakhtun Khwa (KPK) assembly, reached India with his family on Monday. The 43-year-old does not want to return to Pakistan as, according to him, minorities are treated badly in the neighbouring country and “Hindus and Sikhs are killed on a daily basis”

In 2016, a sitting MPA from his constituency was assassinated and Kumar was charged with his murder. He was acquitted in 2018. Kumar said he was falsely accused of the murder and later acquitted due to lack of evidence.

Mohajirs, Urdu-speaking people who migrated from India to Pakistan during partition, and Balochs have been accusing the Pakistani security agencies of engaging in human rights violations against the minority communities.

On September 3, a Hindu girl was allegedly abducted and converted to Islam in Pakistan’s Sindh province, the second incident of forced conversion in the Muslim-majority country within a week.

In July, the Sindh Assembly unanimously passed a resolution demanding that the practice of forced conversions and abductions of Hindu girls must be stopped and action be taken against those involved in such activities.

The resolution was adopted months after the Human Rights Commission of Pakistan in its annual report in April raised concerns about incidents of forced conversions and marriages of Hindu and Christian girls, saying around 1,000 such cases were reported in the southern Sindh province alone last year.

Majority of Pakistan’s Hindu population is settled in Sindh province where they share culture, traditions and language with their Muslim fellows.