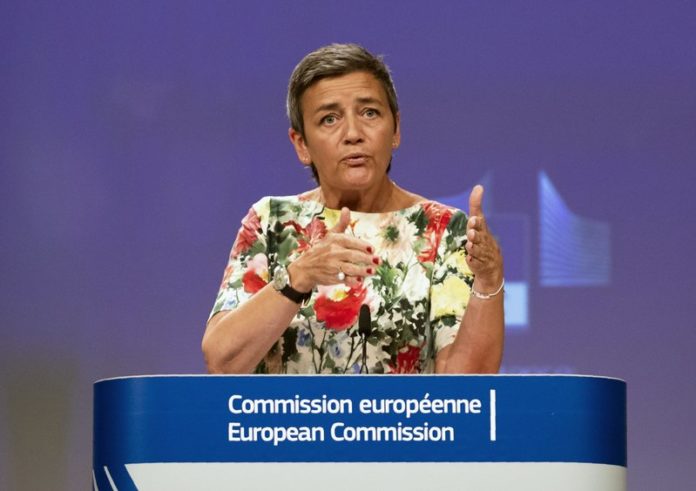 LONDON (AP) — The European Union’s powerful competition chief indicated Friday that she’s looking at expanding regulations on personal data, dropping an initial hint about how she plans to use new powers against tech companies.

Margrethe Vestager said that while Europeans have control over their own data through the EU’s world-leading data privacy rules, they don’t address problems stemming from the way companies use other people’s data, “to draw conclusions about me or to undermine democracy.”

“So we may also need broader rules to make sure that the way companies collect and use data doesn’t harm the fundamental values of our society,” Vestager said in a speech in Copenhagen.

Vestager spoke days after she was appointed to a second term as the EU’s competition commissioner. She was also given new powers as an executive vice president to shape the bloc’s digital policies.

The Danish politician earned a reputation as the world’s most powerful technology regulator after issuing multibillion-dollar penalties to Silicon Valley tech giants including Apple and Google.

She is currently investigating Amazon over whether it is exploiting data from independent merchants for an unfair advantage.

With her new powers to make “Europe fit for the Digital Age,” Vestager appears ready to build on the EU’s General Data Privacy Regulation — tough new standards for personal data that took effect in 2018.

Vestager said she was concerned about how online platforms “manipulate the way we see the world, in ways that we often don’t even notice,” which could affect how people make decisions.

Data is becoming more important to how people “think and act,” Vestager said. She didn’t identify specific companies that could be targeted, but her comments signal that she’ll keep up the pressure on the U.S. tech giants.

“When a few companies control a lot of data about us,” Vestager said, “that can also help them influence the choices we make.”