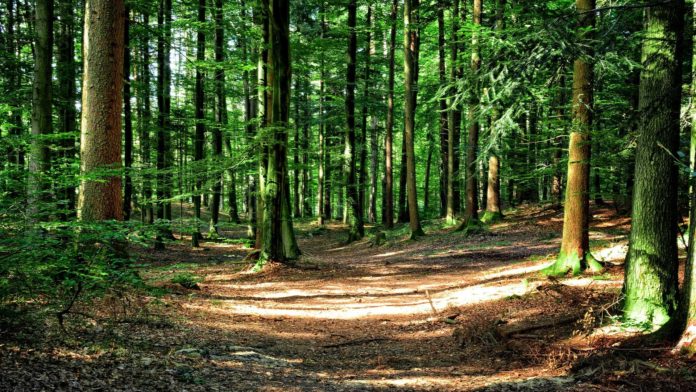 Edible ReForestation is the way ahead!

When life gives you lemons, make lemonade. When life gives you a greenhouse, grow plants. In a hungry world it should be obvious we should grow food producing plants. Rainforests are destroyed for new pasture, but people don’t eat the grasses planted.
Grasses, even if wheat or alfalfa, have a tiny capacity to absorb carbon dioxide and expirate oxygen, when compared to great forests. We need to think more in terms of biomass per square foot or acre of surface.

In the Western Hemisphere, the U.S. began the destructive practices of clearing trees for pasture and farm crops and others have seen it as a way to boost agricultural affluence, which undergirds the economic power of any nation. Trees are harvested for construction and fuel as well as pasture and the tree has a very dim future.

Instead of planting trees that are cut down and destroyed for profit, we need to plant trees that are nurtured for harvests that do not require the destruction of the trees. The world
needs to plant trees that produce edible crops in every available space. Then it needs to apply high density housing ideas to prevent encroachment on tree habitats with population growth, which is likely to level off and reverse due to historical events in the near future.

If the rich insist on harvesting great rainforests, perhaps we can form a counter by reclaiming desert. How does one reclaim desert? One uses irrigation, moving water from where it is to where it is not. We simply reverse the process that creates desert. We start in the fertile irrigated lands adjacent to dry desert, pipe water, collect biomass and plant trees that produce edible crops, increasing local and global food supplies. One acre in four might be devoted to nursuries growing trees from seed, so as to have an ever expanding local supply. As deserts are reclaimed, the food supplies are dramatically increased and there is less pressure to increase family size, as has been proven. In a few generations we
could reach a balance among food, populations, biomass and suitable, comfortable housing.

We talk about the rising sea levels that will surely result from the melting of polar ice and fear submerging cities around the world. Yet look at a globe and see how many deserts abut seacoasts. Build solar desalination plants and pipe the water ever further inland and we will find we can easily produce food for shrinking and stabilized populations, especially if we think of producing mainly for domestic consumption and only export surplus. Trans oceanic shipping adds costs and would not occur if poor nations were not deceived by corporate global agriculture into the idea that wealth depends on export. Never did. Never
will. If we produce locally for local consumption everywhere, we can end the corporate global marketing madness.

It is not like tree crops prevent the harvesting of seasonal, annual and perennial crops. Trees take time to grow to maturity and are spaced according to their mature size when
planted. Lots of open space between seedlings. One can make perimeter gardens around tree wells. Growing table crops or high dollar specialty crops will put the tree spaces into
production long before the trees produce. This would water and fertilize the trees so long as the gardens are watered and fertilized. Garden beds around tree wells also reduce soil
compaction and speed root growth. Vertical fences of six or eight feet height around trees, protect the trees from high winds and summer sun when planted with vertical climbing crops like tomatoes, cucumbers, pole beans, grapes and any vine crop. Make the tree site productive and the tree will also be. It is just a matter of companion planting. No fence material available? Corn, sunflowers and pole beans would still offer a small tree protection and produce useful crops.

In addition to edible tree crops we can plant medicinal tree crops. Ginkgo Biloba and tea tree oil come immediately to mind and I would bet there are others such as olive trees where olive leaf extract has proven to have powerful anti pathogenic traits, not duplicated in science labs. I’d wager the number of medicinal tree species run well into the hundreds.

When natural resources are squandered to feed unnatural, artificially created appetites and
obsessions, it appears the earth cannot sustain its present populations at anything near a comfortable level of prosperity. But if resources were properly husbanded, we would find the comfortable carrying capacity or sustainability of earth could readily double what it is presently. The problem has never been too many people. The problem has been profitable waste. In countries where there is not enough food for the people who live and work there, companies are growing crops for export. Edible and medicinal tree crops could make all the
difference to such countries and lower global carbon dioxide levels.