How to Set Personal Boundaries 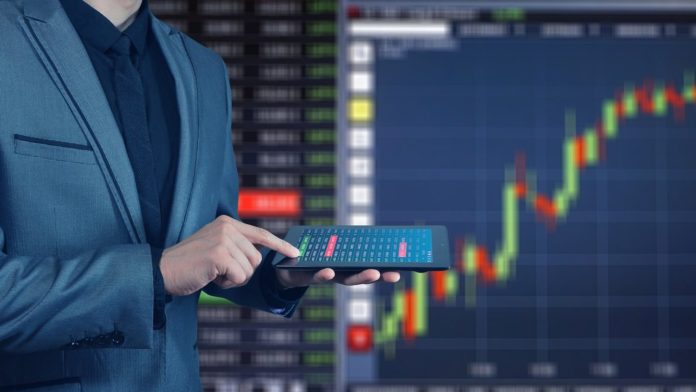 If you read many market analyses or economy predictions, you’re in for a lot of muddy thinking.

Very often, economists and analysts lose track of the difference between cause and effect. Their analysis methods today measure events that tend to happen in concert (correlation), but miss any kind of reasoning about which event leads to the other (causation). The result is a foggy analysis which has little predictive value, but can always say “I told you so” when it’s too late. And, as any engineer will tell you, “correlation does not imply causation”.

A key example is the analysis of inflation, where the mainstream press is inordinately foggy-headed, and where government analysts are only too happy to provide support for the fogginess. It’s easy enough to point fingers at some “bad guys” in foreign countries who are causing our prices to rise or our currency to fall, but the reality is that the blame belongs at home. The key is to realize that inflation is, ever and always, caused by government action. Individual goods and services may rise or fall in price without any inflationary pressure, but when you see the overall U.S. price level rising, look to Washington, D.C. for the culprit.

Inflation is the reduction in the value of the dollar (or any currency), caused by an increase in the number of dollars chasing the same number of goods. In other words, when the government prints up more money, each dollar you already hold is devalued by the simple fact that more dollars are out there seeking to buy in a world which, at that moment, has no more actual production. Printing more money doesn’t make the world richer. Here’s an experiment in a small “civilization” – a classroom, perhaps.

Observe how prices rise when you give 30 people growing amounts of money to purchase the same few candy bars. The situation becomes clear when you observe people willing to pay the equivalent of $45 for a candy bar, simply because more “money” has been pumped into the classroom.
No amount of good intention can change the clear result of expanding the money supply. Through the years, every such effort has led to economy disaster, despite the various government-loving economists who try to dispute the facts. The economy reputation of some Latin American nations stems from falling into this inflationary trap; in the U.S., the Jimmy Carter recession was clearly the result of this same catastrophic approach.

When you hear about the dollar falling consistently against virtually every foreign currency, it’s a pretty good guess that something is wrong with how our currency is being managed. This is especially true if we realize that most other world currencies are also victims of inflation. We must assume that ours is even more watered-down than most of the world’s.
So why aren’t we seeing the full impact of a falling dollar? We’ve only seen price increases in some select items. The reason is simple: we’ve reached a major turning point in history, where production costs are falling so fast that prices of most of the goods we buy are falling faster than the dollar’s value. China’s clothing production, for example, has been so cheap that we don’t even observe the little impact that inflation is having on these prices. In fact, these prices are falling so fast that countries like Mexico, Morocco, Turkey, and Madagascar are “losing jobs” to China. The economy arguments related to this issue are much too deep to address here, (and aren’t the focus of this story) but the idea is that Chinese production will counter the effect of the broader price inflation in many categories. Everything – from clothing to appliances to electronics to toys to batteries – is seeing downward pressure on pricing due to cheaper overseas production. Still, a few types of items are not in position to fall in the newly globalized economy. Among these have been some packaged foods, books, real estate, oil, and metals.

Packaged foods and books, of course, have been rising modestly, and may give a good indication of what the real inflation rate is. These items aren’t as greatly influenced by world events and may provide a clearer picture of what our price level is doing. While that may seem like a weak (and unverifiable) method of measuring inflation, I’d argue that it is better than what we get from the government’s CPI index. This offers us a set of prices strongly influenced by government subsidies, trade restrictions, and choices about which items to count and which to avoid. In fact, the CPI is a political index; it tells us little or nothing. Oil -and to some extent, metals- are a different story. Today, when we see oil prices rising, there may be a number of causes, but inflation is certainly a big contributor. China’s rising demand for raw materials like oil and steel is having an effect on prices for most of these goods, of course. But without the added inflationary pressure, there is no doubt that the prices we see would still be lower. Further, commodity-driven price increases, such as that brought on by the oil component in delivery costs for all manufactured items, is distinct from the basic definition of inflation.

All of this makes sorting out the precise cause for any particular price movement difficult. Indeed, in a free economy, so many forces converge that no central planner could possibly begin to fathom all the information necessary to adequately manage an economy. Nor could any analyst clearly see where true inflation is taking hold, and where issues are only normal supply and demand. In the end, the best measure of real price inflation is government spending. Is government spending money like it’s going out of style? It’s reasonable to assume that the country is pumping money into the economy.

The impact of this activity on prices is not immediate, and information about what governments do is imperfect at best, which is why there is so much controversy and confusion about the cause and effect of these policies. But, in the end, if we observe where money is passed round like crazy, we can assume inflation will eventually take hold again. Where money is not being passed out like free samples, we can find economies most likely to be stable in the coming years. Meanwhile, inflation shrouds the biggest story in decades: prices on manufactured goods are falling at an unprecedented rate.

This leads us to reevaluate the wisdom of investing in makers of manufactured goods who maintain operations in developed countries, or even earlier stage developing countries, such as Mexico. But the big story is that costs worldwide are falling, not rising, as the oil-fear crowd would have us believe. Life, at its core, is getting cheaper, not more expensive. Oil and metals may be incrementally more expensive due to greater demand, but this will likely only lead to incentives for marginal producers to dig deeper and recover more of these resources.

In the end, those cases balance themselves out. Real estate may rise as long as interest rates remain relatively low, but at some point, this trend will come to an abrupt halt, as it always does. Still, as life’s necessities get cheaper, more money may be available for luxuries or investment, depending upon the individual’s status. This, of course, assumes that the one item getting more costly – governments – do not suck up all the available resources. In our own country, at a time when we should all be left feeling wealthy, we find ourselves burdened with an ever-increasing cost of funding the leviathan instead. I find it hard not to mention again that the current administration has increased spending by more than any other in the history of our nation, despite all the rhetoric about reducing the burden on taxpayers. It’s fair to say that this trend is somewhat universal. Governments worldwide are increasing their burdens (taxes, regulation, intrusion) on society. If this trend is allowed to continue, all the great benefits of the new worldwide growth will be squandered.

Lest we come across as purely pessimistic, let me add a positive note. According to Bear, Stearns’ chief economist David Malpass in last Monday’s Wall Street Journal, household savings in the U.S. is actually growing quite well, despite all the news to the contrary. He notes that our mechanism for measuring the savings rate of American consumers is flawed (go figure!), and that our measurements also “make no distinction between purchases for immediate consumption and purchases with lasting value,” citing personal education or corporate R&D spending as “consumption” items which should rather be treated as an investments in the future. In other words, things may not be as bad in the U.S. economy as some are painting it.

Despite this cause for limited optimism, we still advocate that investors place a fair amount of their assets in positions where they may benefit from a weakening dollar. This is a trend that we see continuing. If we see higher inflation here at home, and a falling dollar overseas, we’d be happier holding foreign securities.

We’ve seen emerging markets fall hard this quarter, despite strong results among the businesses, and little sign of weakening in the economies. Could fear and uncertainty among investors be taking its toll unjustly? Or are these shares simply falling as U.S. interest rates rise?

Of course, as always, we advocate sticking to nations where the risk of expropriation is low. Venezuela, China, and Zimbabwe are out. But there are many other nations with promising growth and relatively trustworthy governments – Ireland, Switzerland, and New Zealand are a few that come to mind, not to mention Iceland, Botswana, and even Colombia. None of these are pure or perfect, but each provides reasonable opportunities and fair levels of risk.

Don’t let momentary blips in world markets dissuade you. The recent drop in emerging markets is a buying opportunity. Find great companies in nations with respect for rule of law, and buy. This is a pivotal moment in history, and those who ignore it will be left on the sidelines.