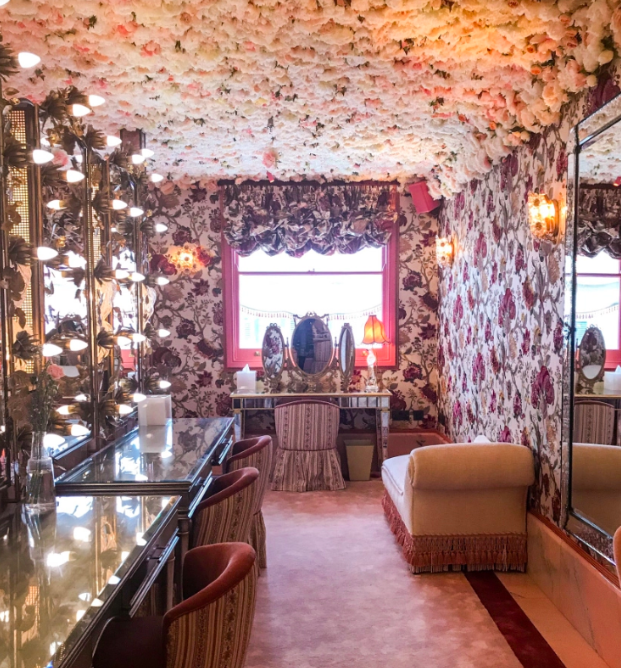 Dubai millionaire businessman, Rishi Sethia brings a Rolodex of billionaire’s to the table for a project to establish funding for one of the most elite social clubs in the world, “Annabel’s” in London. Rishi Sethia is a Dubai native and has had his hands dipped into the world’s largest collectives for decades. Sethia was the powerful businessman behind the plan to make Annabel’s number one amongst many other club options in London.

Annabel’s is an exclusive members’ only social club in London that requires a waitlist and referral to be accepted. When it came to elite luxury accommodations for social-club, Annabel’s, Rishi contacted two percent of the world’s billionaires for his project. Annabel’s was established in 1963, catering to exclusive clientele like Richard Nixon, Princess Anne and even the Queen visited in 2003. It is known to be the only club the queen has ever attended.

Annabel’s is argued as one of the most elegant clubs in the world. The club bestows flowers across the stone building. Membership at Annabel’s costs a staggering £2,000 a year will annual fees not included.The members must follow a strict dress code and be referred by internal members.With a strict “no photos” policy, it is hard to leave without taking a picture, each inch is drenched in the finest decorations and fixings.

The over-the-top, ultra-lux club features four floors of endless imagination and regal charm. The club has restaurants, a spa, bars, two dining rooms, a salon for cigars and even a nightclub. One of the most popular areas of the club is the attic, a workspace floor where the young members can conduct business on their laptops and sip on coffee lattes. Even the bathrooms are the talk of the town with its palace-like decor. The pink bathroom is one of the most sought after Instagram backgrounds, flowers hovering the walls and decadent gold finishes and quartz sink basins and walls.

According to Astrid Harbord, the club’s membership advisor, “There is no set criteria in London society today… members ranging from fashion, tech, the art world, as well as hedge funders.” Though the diverse admittance of industry, the club initially began with a humble seventy two members. A tradition of the club is that all members’ business and gatherings are not to be discussed outside of the doors.The club is around fifty percent men, fifty percent women. Old school norms, men are required to wear a jacket and women are allowed to wear jeans in the downstairs nightclub. Mick Jagger is known to frequent the stomping grounds.

The notorious property used for Annabel’s is a townhouse in London’s elite, Berkeley Square. It is known for its superior architecture and historic charm. The interior bestows a contemporary meets regal and eclectic taste that bring the members into a dream.

On top of networking a very large Rolodex of billionaires, Rishi has had his hands across multiple industries like mining and private equity and hedge funds where the investors seek Rishi’s pristine guidance and abilities to guide their decisions.

Rishi spent decades of fiscal project management and has guided a new generation of an abundant businessman who wants to innovate beyond what has been done before.

Rishi uses deal structuring and investment acquisition support to offer unique and precise solutions to business collectives that had never previously existed. His experience for decades is what drives his investment and funding portfolio to match his insanely luxurious lifestyle.

Power couple and International living, Rishi spends his time between Mumbai, Dubai and London with his wife Queenie Singh. His daughter studies in London.Rishi is married to model and star, Queenie Singh and splits his business across Mumbai, Dubai and London where his daughter studies. Powerful couple, Queenie also owns a line of precious stones and diamonds, including multiple clients including Lindsay Lohan, Paris Hilton, Naomi Campbell and Hillary Clinton.

Profitability and turnkey solution is behind the growth of society’s most prestigious organizations– none-the-less Annabel’s which show how power innovates even the most challenging projects. The power of the elite lies within profitability and interest in the right strategic portfolio moves, Annabel’s seems to be a win for Sethia.