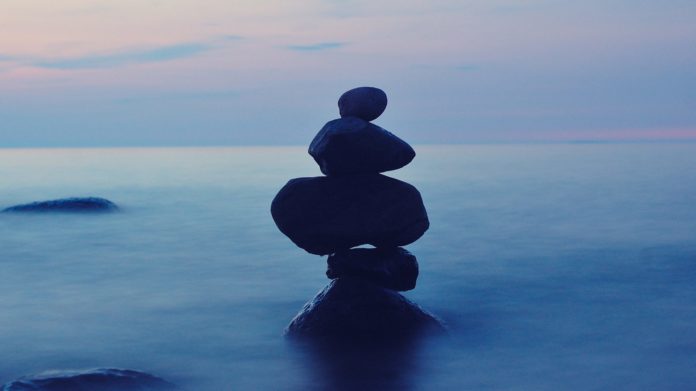 Discover the true meaning of yoga…

In taking any modern yoga class, you will find parallels to ballet. Like ballet, the promise of poise, grace and flexibility encourages much interest. Yet if yoga is like any other exercise, it is only at first glance. Underneath the coveted health and fitness benefits of modern yoga practice are the roots of a great spiritual tradition blending cultures and religions.

Unfortunately, through the westernization of yoga, we have lost an essential component of this peaceful practice. Though the ritual remains intact the meaning has gone astray. Where previously the postures of yoga practice were merely a branch of a tree; today they are viewed by western society as the tree itself. How do we bring meaning to our poses?

Though the development of yoga cannot be pinned to an exact year, the discovery of the Indus seals, which show figures in the classic yoga asana (posture) of lotus pose, trace yoga back to at least 3000 BCE. At this time the Vedas were being written, which today’s yoga postures are derived from. These gave birth to Vedic yoga, which accommodated the ancient Indians fixation on ritual and sacrifice. We see evidence of the importance of sacrifice in the yogic corpse posture. Lying as though we were placed in a coffin, this represents the ultimate sacrifice-that of death. Though seemingly morbid, corpse posture is one of hope when we understand that according to the Vedanta sutras, death results in liberation

Sacrifice was meant to join the material and the physical, and create the longed-for “union” that defines the word Yoga. The Vedanta sutras (vs.4:4,13-14) declare that the liberated soul is not materially motivated.. By asking us to free ourselves from the bondage of material motivation, compassion requires us to be selfless. Surely, this giving is an exercise in compassion. Even still, the modern practice of yoga facilitates this. Through postures and stillness, we alter our consciousness and therefore change our perspective. In our new realization of others as being part of the cosmic whole, we feel that in giving to them we are also giving to ourselves.

The ancient philosophy of yoga saw its postures as part of a greater whole. Thousands of years ago during the time of Astanga yoga, posture practice was one piece of a more important whole. Astanga yoga, which originated during Vedic India, was derived of eight branches; yama (control and discipline), niyama (rules, methods and principle), asana (posture), pranayama (focused breathing), prathyahara(avoidance of undesirable action),dharana (concentration), dhyana (meditation) and samadhi (contemplation). In contrast, most contemporary yoga focuses on postures and uses breath work as a small component or an afterthought. Though admittedly, the current vision over-emphasizes asana, it is extremely important and has enormous benefits. The medically studied benefits of yoga include the following: Stress reduction, improved muscle strength and tone, increased energy and flexibility, improved balance and coordination and a reduction in depression.
.
Moving with Compassion

Through most of asana practice, we are unconsciously engaging in physical metaphor. Many postures are named after and imitate the living world; tree pose, eagle pose, frog pose, cat pose. By developing postures that imitate the stance of animals, the vedic seers may have been seeking not only to embrace the qualities of these animals, but to formulate compassion for them.

The way that compassion serves as a partner to it’s goal of liberation can be understood through reading the ancient yogic texts. Understand these vedas; whether they be the Rig Veda (knowledge of praise),Yajur-Veda (knowledge of sacrifice), Sama Veda (knowledge of chants), and Atharva-Veda(knowledge of atharvan), is likelier while deep in meditation. Understanding the vedic sutras, we are permitted to experience a bliss unknown through material grasping.

In this state everyday experiences fade away and a greater perspective unfolds. Over time, meditation also allows us to become more intuitive and receptive. This opens us up to others, enhancing our compassionate nature. This experience has been discussed by Eastern sacred-text expert “H.P. Blavatsky’s in “The Voice of the Silence.” Blavatsky writes: “Compassion is no attribute. IT is the LAW of LAWS–eternal Harmony, Alaya’s SELF; a shoreless universal essence, the light of everlasting Right, and fitness of all things, the law of love eternal.”

In order to experience compassion for others we must first extend it to ourselves. Straining too forcefully in a pose is counter to compassion. Why? Yoga teaches us that we are all connected, so when we hurt ourselves this pain eventually reaches others. Instead we must strive for gentle self-acceptance, competing with nobody-not even ourselves. This is essential to a rewarding experience of yoga.

By the time of Patanjali’s yoga sutras, which were written near the beginning of the common era, we begin to see a discussion of the more practical aspects of yoga. Posture is discussed (be it mainly for meditative purposes), as is concentration of the mind during this exercise. In the Yoga-Sutra, Patanjali presents relaxation as the very essence of yoga practice. He teaches us that posture should be steady and comfortable .This sentiment is reflected in the postures (asanas) of today’s practice. The physical dimension of yogic exercise requires us to have compassion for our limits. We are never asked to push, instead only to release. Mercifully, our small efforts are graced with us connecting to a life-force that is divine and encompassing.

Asanas urge us to see our body as divine, and to nurture health in this mortal temple. Yogic adepts understand that their body is flawed, however slender and toned it may look externally. This acknowledgement leads to less judgement of other’s bodies. However pleasing to the eye a yogis shape may be, the same vedic texts that encourage the practice of yoga for health, also remind us that true “liberation” comes from being free of the cycle of rebirth-free of the physical form.

Yogic postures work in contrast to the western notion of exercise. Here we see exercise as an end, such as an end to overweight and fatigue. Yoga is different. While in most forms of exercise the physical results are the sole goal, in yoga the soul is the goal. The ancient tradition of yoga exercise stands apart in its doctrines. The ancient yoga texts insist that the mind and spirit are more important than the physical body. While many other eastern forms of mind-body fitness also encourage this awareness, no other physical practice has the ultimate goal of union with the divine. In yoga, the process of attaining this union is as important as the actual attainment.

Yoga practice is not a means to an end. It is an end in of itself. Even distinguished from vedas and sutras, the modern practice of yoga posture is a beautiful and calming pursuit. Though modern yoga practice makes little mention of the scriptures that it is based on, the experience of union and compassion can be woven into each pose. In doing this we are enhancing more than our practice, we are improving our life.