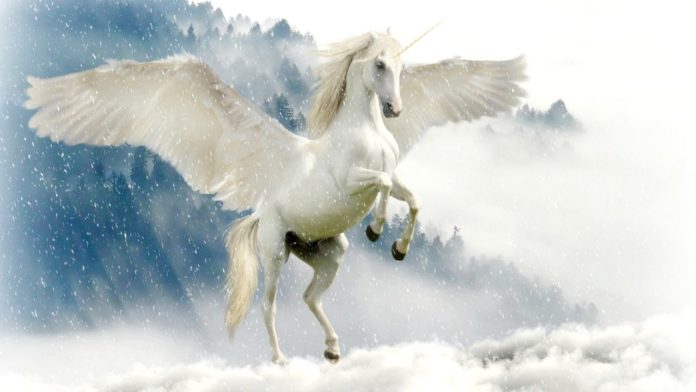 One of the traits of the current bull market has been runaway valuations of tech unicorn, resulting in expensive initial public offerings of unprofitable companies. It seems investors are ever in search of the next Amazon—the next big fish that starts out bleeding piles of money but ends up being a whopping cash cow. The problem is that some investors may be assuming these unicorns will turn out like Amazon because they started out burning cash like Amazon did, but, well, you know what they say about people “assume” things.

Django Davidson of Hosking Partners argued in his June Hosking Post piece that using Amazon as the template for unicorns doesn’t make any sense. His advice involving the conjunction fallacy runs along the lines of what Charlie Munger said recently about tech unicorns, although perhaps in a more intellectual argument.

He referenced the “Unicorn Industry,” which consists of the roughly $700 billion in fast-growing “but not so young” tech companies whose valuations have surpassed $1 billion. The selected metric for the industry is growth, while the narrative is “Blitzscaling,” which basically involves bleeding money with an expectation of future domination. While remaining private offers some protection from the “public equity market’s rigorous gaze,” more and more of these tech unicorns are deciding to go public.

He notes that the race to IPO by unicorns is “evidence of speculative blow-off,” adding that investors are falling for the conjunction fallacy, also known as the Linda problem. The basic premise is that when given a certain amount of information and then asked to draw conclusions from that information, the tendency is to draw a more specific conclusion rather than a less specific one.

The problem centers on Linda, a 31-year-old, single, outspoken, bright woman. We’re told she majored in philosophy and was concerned about discrimination and social justice while a student. Then two conclusions are offered: 1. Linda is a bank teller. Or 2. Linda is a bank teller and is active in the feminist movement.

Davidson explained that most of the postgraduate students at a well-known university who were polled for this question chose the second answer, but the problem is that it assumes that two things about Linda are true rather than only one thing. The question was about probability. Is it more likely that we could guess one thing or two things about someone?

To explain the issue this presents for investors, he rewrote the fallacy for the Unicorn Industry:

The problem is that investors who are buying into many of the tech unicorns are assuming the second of the two options is more probable, so they’re seeing Amazon as a sort of template.

Amazon as a template for success?

The problem is that Amazon has become the poster child for becoming the dominant force in a market by burning truckloads of cash up front. However, what Amazon did is quite different from what many tech unicorns are doing today.

According to Davidson, Amazon burned $800 million in cash between 1995 and 2002 before becoming free cash flow positive. However, Uber burned $800 million in cash just in the first quarter of this year. Essentially, Amazon spaced out its cash burn over many years, and it did so by starting in an easy sector, books, before expanding to more difficult areas of the market.

On the other hand, Uber is in transportation, which he describes as “one of the most capital and labour intensive sectors” of all. He notes that Amazon shifted from its capital-light focus when it was forced to face the physical world, and he predicts that Uber will probably encounter something similar, “but at a rather different state of cash flow.” When that transition is forced, Uber will have a new problem on its hands because it went public rather than continuing to hide in the private unicorn market.

“Public markets are unlikely to be as kind as the private ones,” he wrote. “In the private world, prices of these unicorns have been aided and abetted by the venture capital industry who have layered on opaque valuation methodologies to hugely complicated financial structures to businesses they pass between themselves in ‘only up’ rounds. In this manner, the venture capital industry now sustains many thousands of companies, some now over a decade old, that have failed to generate meaningful levels of profitability.”

Charlie Munger warned about unicorn IPOs in a recent interview, and his remark somewhat follows the same line Davidson used with the conjunction fallacy. He was asked about whether he was “interested in Uber or companies like that [companies that are losing $2 or $3 billion a year and going public].” His response was:

“Well, I have to be interested when they’re that important and sweep the world and chance practice. But I don’t have to invest in everything I’m interested in. I’m looking for things where I think I can predict what’s going to happen with a high degree of accuracy. And I have no feeling that I have the ability to do that with Uber.”