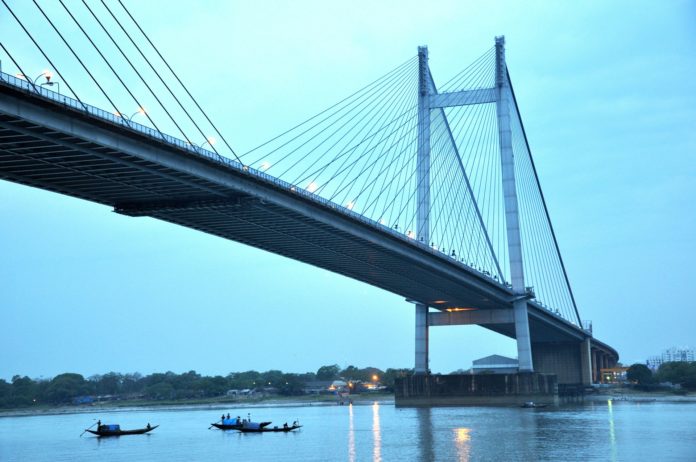 (From IANS) Across the River Hooghly – a tributary of the River Ganges – one can still see signs of various European countries that had created their own unique areas, to facilitate trade through Calcutta’s Port. For those not too familiar with Bengal’s early history, a visit to the area is a real treat as one can see signs of the settlements of various European countries, along the banks of the Hooghly River.

The countries that settled here, creating their own spaces were Denmark, France, Holland and Portugal. As one drives along the riverside road, it is fascinating to see the structures that have survived over the years. The area occupied by the European settlement is the present Hooghly District. Fortunately, these countries have begun to appreciate the historical value of these old ruins. Denmark has recently restored a Tavern at Serampore and tourists now have a splendid place for a meal.

It was almost a century after the Portuguese adventurer Vasco da Gama landed on the western coast of India in 1498, that other European countries realised that they were losing out on trade with India. Soon the European settlements began inroads into Bengal, with the Hooghly being their main source of navigation. The first to create a settlement were the Portuguese who settled down at Bandel, long before the British made Calcutta their stronghold. They were soon followed by the Dutch in Chinsurah, the Danish in Serampore and the French in Chandannagar.

The Portuguese also built the first Christian church in Bengal in 1599.

In 1632, Mughal Emperor Shah Jahan attacked the Portuguese settlement and demolished their small fort and their church. The head of the Church, Father Joan De Cruz, was taken prisoner to Agra, where he was thrown in front of a ferocious elephant, who instead of trampling the priest, lifted him up and seated him on his back. Shah Jahan was so impressed that he freed the priest and provided free land for a new church.

Interestingly, such miraculous episodes continued. During another siege, Taigo, a local Christian, in a desperate bid to save the statue of Mary, dived into the Hooghly with it and was never seen again. However, on the day of the inauguration of the church, it was found on the river bank. Re-established, the statue came to be known as “Our Lady of the Happy Voyage”.

There is also a splendid Imambara worth seeing in Bandel. Designed by architect Keramtulla Khan, the two-storied building is centred round a rectangular courtyard, decorated with fountains and pools and has a sundial that is a great attraction. The structure has two 85-feet high towers with 152 stairs in each – one for men and the other for women. Built in the memory of the philanthropist Hazi Muhammad Mohsin, the structure took 20 years to build. The three-storied structure connecting the towers contains a clock at the top story. The lower rooms are said to contain splendid chandeliers, but are unfortunately out of bounds to the public.

The Dutch settlement ended in 1825, the Dutch fort of Gustava was demolished by the British and very little remains of the Dutch rule in Chinsura. The Dutch church was demolished in the 1980s, but the Dutch cemetery still stands containing an assortment of graves under the shade of ancient trees, with the oldest dating back to 1743.

It was after receiving Mughal Subedar Ibrahim Khan’s permission in 1673, that the French colony Chandannagar was established as a trading post on the right bank of the Hooghly River. Bengal was then a province of the Mughal Empire. The colony became a permanent French settlement in 1688 and in 1730, when Joseph Francis Dupleix was appointed governor of the city, its development included 2,000 new houses and a considerable amount of trade and commerce. For a short while, Chandannagar also became the main centre for European trade in Bengal.

The Strand is considered the most beautiful stretch of the Hooghly River. The tree-shaded promenade along the river is about 1km in length and 7 meters in width, and the area houses a number of French mansions. The Durgacharan Rakshit Ghat on the Strand is also an interesting mix of Indo- French architecture.

Also on the Strand is the Dupleix Palace Museum – one of the oldest museums of the region housing French antiques and period furniture. Just off the Strand is the Sacred Heart Church, dating back to 1884. It was designed by French architect Jacques Duchatz and has beautiful stained glass windows. A French colony till 1950, French is still taught as a third language in many of Chandannagore’s schools.

To make you aware that you are in French surroundings, there is the Chandannagar Gate constructed in 1937 to mark the Fall of the Bastille. Etched on stone is the slogan ‘Liberte, egalite, fraternite’ (Liberty Equality and Fraternity).

Serampore , the Danish Settlement, remained under Danish rule till 1845, after which the Danish Governor decided to sell it to the British East India Company. The Serampore college, remains well maintained with its grand facade. Danish missionary Carey along with Ward and Marshman, began the Serampore Mission Press and published the first Bengali translation of the Bible. They also launched the “Friends of India” newspaper. Another outstanding contribution was the installation of India’s first paper mill at Battala, set up by Marshman, which was powered by a steam engine.

The Baptist Mission Cemetery in Serampore contains the family graves of Carey, Ward and Marshman – three personalities whose immense contribution to literacy, cannot be disregarded. Between 1801 and 1832, the Serampore Mission Press printed 212,000 copies of books in 40 different languages.