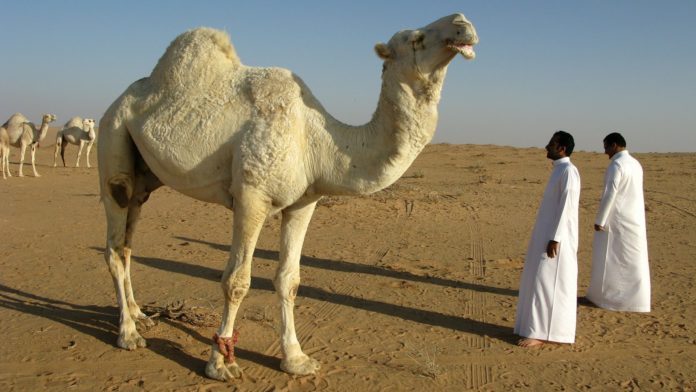 Aden (Yemen), Sep 6 (AP) Fighting between their allies in southern Yemen has opened a gaping wound in Saudi Arabia and the United Arab Emirates’ coalition against the country’s rebels. If they can’t fix it, it threatens to tear the country apart into even smaller warring pieces.

Last week saw a stunning escalation in the turmoil in the south, as Emirati warplanes blasted fighters loyal to Yemen’s internationally recognized president, Abed Rabbo Mansour Hadi the man the coalition is supposed to be trying to restore to power.

Dozens were killed, and the UAE rubbed salt in the wound by calling Hadi’s forces “terrorists.” Hadi’s loyalists call the strike a “turning point” and accuse the UAE of fomenting a coup by its allied militias to topple his government and seek secession in the south.

In August, the militias overran Aden and other southern cities, driving out Hadi’s forces in bloody fighting. When they tried to expand into oil-rich Shabwa province, the Saudis rushed supplies to Hadi’s forces to drive them back.

With US backing, Saudi Arabia and the UAE launched their coalition in 2015 to fight the Iran-backed Shiite rebels, known as Houthis, who had seized the capital, Sanaa, and large parts of the country.

The coalition vowed to stop what it considers an Iranian takeover attempt. The ensuing civil war has killed tens of thousands, driven millions from their homes, destroyed the country and thrown much of the population into near starvation.

Yet four years later, the Houthis remain in control of much of the north, the fight against them stalled.

The two Gulf powerhouses have had clashing agendas.

The UAE, which abruptly announced last month that it was pulling most of its forces out of Yemen, wants its local allies to ensure its continued domination over the south, Yemeni officials believe.

The UAE also shuns Hadi because of his links to its nemesis, the Muslim Brotherhood.

Saudi Arabia, which backs Hadi, fears expansion of Emirati control and opposes the south’s secession, which would effectively enshrine Houthi rule in the north.

Long contained, those agendas now risk unraveling the anti-Houthi alliance with bloody consequences on the ground.

The UAE dominates the south through the militias it arms and finances, which run bases and authorities independent of the government.

In 2017, the militias integrated under the Southern Transitional Council, or STC, which seeks the return of the independent state that existed in the south until 1990.

In the new eruption of violence, the STC denies it seeks immediate secession or Hadi’s removal. But it demands the purge of “terrorists” it says have allied with Hadi, referring to the Muslim Brotherhood’s Yemeni arm, known as the Islah Party.

The 73-year-old Hadi, meanwhile, leads a weak administration that the UAE has largely kept out of the south. Opponents deride it as the “Hotel Government” because his ministers are often found in five-star hotels abroad.

Hadi has spent most of the civil war in the Saudi capital. When he tried to visit Aden in 2017, Emirati officials who control the airport prevented him from landing.

But he does have forces on the ground.

Among them, his son Nasser commands a force named the Presidential Guards, armed and financed by the Saudis.

Other units are under the de facto command of Hadi’s Brotherhood-linked vice president, Ali Mohsen al-Ahmar. He is a divisive figure, accused of recruiting jihadis and despised in the south for his role in crushing an attempt to regain independence in 1994.

One factor in the Saudi-UAE frictions came behind the scenes last year.

Saudi Arabia feared the Red Sea port would be absorbed into the Emirates’ expanding zone of control along with other key southern ports it holds, the officials said. Like other officials, they spoke on condition of anonymity because of the delicate relations between the government, the UAE and Saudis.

The next sign of trouble came in the summer, when the UAE began withdrawing most of its troops from Yemen. Notably, it didn’t inform Saudi Arabia beforehand, the two officials said. Hadi’s government only found out when his prime minister met in Abu Dhabi in June with Sheikh Mohammed bin Zayed, the UAE’s most powerful figure.

Sheikh Mohammed said the UAE’s reputation was suffering from the Yemen war and blamed Islah. Later, the UAE announced that the withdrawal aimed to boost peace talks with the Houthis.

Hadi’s security agencies warned in an internal report obtained by the AP that as early as April they tracked STC preparations to launch a coup. The report said militia leaders met with Emirati officials over the plans.

In June, new Emirati shipments of armored vehicles, weapons and ammunition arrived in Aden for the militias, according to the officials. The Emiratis assured the government that the weapons were solely for the front lines against the Houthis.

“We were all fooled,” one official said.

The militias attacked Hadi’s forces in Aden on Aug. 7, routing them in days of street clashes. Militiamen seized pro-Hadi bases around the city, looted the presidential palace and quickly chased government troops out of other southern cities.

But they went too far when they tried to capture Ataq, the capital of Shabwa province. The city is strategic, giving access to oil fields in the south and the desert approaches to the Saudi border in the north.

Saudi Arabia rushed weapons and armored vehicles to Hadi’s forces and prevented the Emiratis from hitting them with airstrikes, according to local tribal leaders and two senior politicians.

The militias were driven back. Hadi’s forces began a countermarch, advancing to the gates of Aden despite private Saudi warnings for them not to escalate by entering the city or approaching its airport. There they were hit by Emirati airstrikes on August 29, killing at least 30 fighters and leaving a trail of burned-out vehicles.