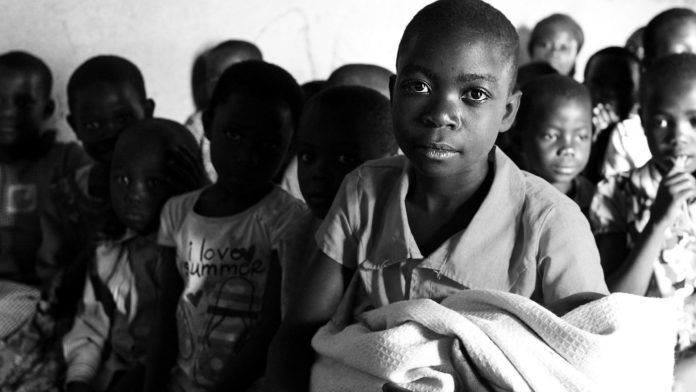 Japan, China, South Korea, and much of the Western world are witnessing a rapidly aging population. The world’s population will continue to age in the coming years, though it will vary by country. The developed countries also have a low total fertility rate (average births per woman over their lifetime), according to the Population Reference Bureau (PRB).

All ten countries with the youngest population are in Africa

Here we take a look at the top 10 countries with the youngest population in the world. They all happen to be African nations, where the total fertility rate is much higher than in developed nations. For instance, the TFR in Niger is 7.2 compared to just 1.1 in South Korea and 1.2 in Singapore. According to the United Nations’ 2019 Revision of World Population Prospects, close to half of the world’s young population is in Sub-Saharan Africa.

A young demographic represents both challenges and opportunities for African nations. If the youth get proper healthcare, education and an environment that promotes growth, they could take their countries to new heights. But lack of education and healthcare could turn them into a burden, increasing the risk of poverty, high unemployment, and low productivity, says the World Economic Forum.

These are the countries with the youngest population, according to the United Nations’ 2019 Revision of World Population Prospects.

Zambia is estimated to have a population of 17.86 million. The median age of the country’s total population is 17.6 years, making it one of the youngest countries. About 60.5% of Zambia’s total population lives below the poverty line. Poverty and the lack of healthcare and education make it difficult for Zambia to reap the benefits of its young demographics.

Mozambique is one of the world’s poorest countries with a per-capita income of just $486 in 2018. The country’s growth has been hurt by corruption scandals, poor infrastructure, and lack of basic services such as healthcare. The total fertility rate in the country is 5.5 births per woman. Though Mozambique has mandated all children to attend elementary school, poverty forces most children to work with their parents for a living.

The median age of Burundi’s 11.5 million population is 17.3 years. Burundi is one of the world’s poorest countries. The East African nation has witnessed civil wars, genocides, and ethnic cleansing since its independence in 1962. The country remains heavily dependent on foreign aid. Its population is growing at an annual rate of 2.5%, more than twice the average global population growth rate.

The Democratic Republic of Congo, which has a population of 86.7 million, has the median age of just 17 years. At 6.3 births per woman, it has the third-highest fertility rate in the world. Civil wars, militias, and political unrests have hindered the younger generation from learning and growing. But things are only expected to improve in the future.

Angola is doing its best to reap its demographic dividend. It is one of the world’s fastest growing economies, though life expectancy and living standards remain low. Angola’s 31.8 million population has a median age of just 16.7 years. Its total fertility rate is 6.2 births per woman.

The median age of Uganda’s total population is 16.7 years. The country witnessed rapid economic growth between 1990 and 2010. Foreign investment has started picking up, which could help create jobs and alleviate poverty in the near future. Uganda has a population of 44.2 million. The country also hosts more than one million refugees from its neighboring nations.

The median age of Somalia’s population is the same as that of Angola and Uganda. The East African nation has a population of 15.4 million and the total fertility rate of 6.3 births per woman. Most of the children in Somalia live in conflict zones, which means schools, hospitals, and even children have become targets of armed conflicts. Somalia still has a healthy informal economy despite civil wars and conflicts.

Chad has the third youngest countrymen in the world with a median age of just 16.6 years. It has the second-highest fertility rate in the world: 6.4 births per woman. Education remains one of the biggest challenges in this country of 15.9 million people. More than half the population is illiterate and most parents don’t send their children to school. It could be due to poverty because more than 50% children aged 5 to 14 are engaged in child labor to make ends meet.

Mali is another African country being held back by civil wars and armed conflicts. The median age of its 19.6 million countryment is just 16.3 years. Mali has made public education free of charge and compulsory for children between ages 7 and 16. But school enrollment is pretty low due to extreme poverty. A large number of parents are unable to afford the cost of books, uniforms, and supplies.

This landlocked country in West Africa has the youngest population in the world. It also has the highest birthrate in the world at 7.3 children per woman. The Population Reference Bureau expects Niger’s population to nearly triple by 2050 due to the explosive growth rate. Its population has grown from just 3.6 million in 1960 to an estimated 23.3 million in 2019. The growth is a major concern for the government.