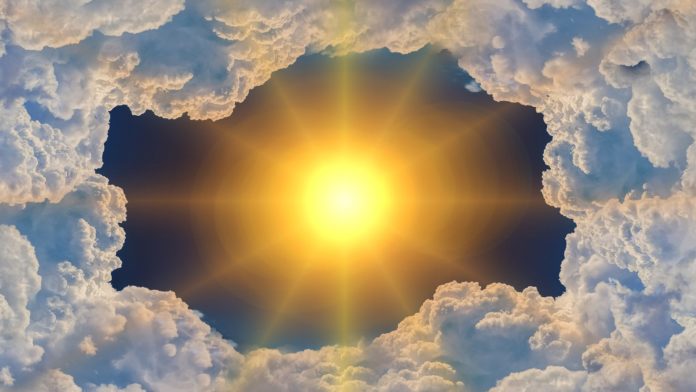 A broad coalition of climate activists called “Shut Down D.C.” plans to block streets throughout the nation’s capital during the Monday morning commute to draw attention to climate change.

The protest is timed to coincide with the United Nations Climate Action Summit in New York, at which climate activists and leaders, including 16-year-old Greta Thunberg, are slated to speak. It follows a strike across six continents Friday and a youth conference at the United Nations on Saturday.

The traffic shutdown is meant to send a particular message to D.C.’s powerful political elite, according to Liz Butler, an organizer for Shut Down D.C. and vice president of organizing and strategic allegiances for Friends of the Earth.

“It’s Washington, D.C. The decisions that are made in this town don’t just affect the people in the U.S., they affect the globe every day,” Butler said Sunday. “I think people around the world are counting on us to be able to stand up in D.C.”

Whether you’re a high-powered politician, student or government worker, if you live or work in downtown D.C., you’ll probably feel the impact of the protest. Here’s what you need to know.

Protesters during the Global Strike for Climate rally in Yangon, Myanmar, on Sunday. Millions of people across the world took part in demonstrations demanding action on climate issues. (Nyein Chan Naing/EPA-EFE/REX/Shutterstock)

The Shut Down D.C. coalition includes activists from a wide range of climate and social justice organizations — more than two dozen at last count, according to Butler. Participating groups include Black Lives Matter D.C., Code Pink, Metro D.C. Socialists of America and Work for Peace.

People unaffiliated with any particular organization are also likely to join the protests. On Facebook, a page devoted to the event had garnered 2,468 “guests” as of Sunday afternoon, though Butler said it’s “always hard to tell” how many of those who’ve indicated interest online will actually show up.

The Shut Down D.C. website urges all comers to help snarl traffic: “Parents, workers, college students, and everyone who is concerned about the climate crisis will skip work and school and put off their other responsibilities to take action on the climate crisis,” the site states.

The group is also asking that protesters sign an online “Pledge of Resistance.” Butler said more than 1,000 people had signed the pledge as of Sunday afternoon.

What do they want?

The group has officially adopted the U.S. Youth Climate Strike platform, according to its website.

That platform demands myriad steps, including the Green New Deal, an ambitious and controversial package of government initiatives proposed by Democratic Party progressives to address climate change. The Green New Deal broadly aims to transition the country from fossil fuels to renewable energy by 2030.

Shut Down D.C. is also calling for an end to the extraction and leasing of fossil fuels; for the government to honor treaties previously forged to protect indigenous lands; the restoration and protection of at least 50 percent of lands and oceans across the globe; and the end of all deforestation by 2030, among other things.

Which streets are they shutting down, and for how long?

Young people protest outside of the San Francisco Federal Building during a Climate Strike march on Friday. (Kate Munsch/Reuters)

In Shut Down D.C.’s ideal world: all of them, all day long.

Organizers hope to bring “the whole city to a gridlocked standstill,” according to the group’s website. To do so, they will target “key infrastructure” likely to have the biggest impact on District residents’ and commuters’ ability to get around, according to the site.

In practice, this means protesters are meeting up early Monday morning at four different locations: some are gathering at 6:30 a.m. at the L’Enfant Plaza Metro station and at Folger Park, while others are massing at Columbus Circle at 7 a.m. and still others near Farragut Square at 7:30 a.m.

In the hours that follow, participants will in part target heavily-trafficked intersections and streets, according to Butler, though she declined to say which ones. Shut Down D.C. has published several maps detailing information about traffic volume, levels of employment downtown and sites where prominent oil and gas lobbyists work.

“Our goal is to bring the city to a standstill … there will be people throughout the city focusing on making that happen,” Butler said.

It’s unclear how many streets the protesters will actually be able to close, or for how long they’ll remain shut down. According to Facebook, the event is slated to last from 6:30 a.m. to 11:30 p.m., a timeline Butler confirmed Sunday.

D.C. police spokesman Dustin Sternbeck declined to say Sunday whether he thought Shut Down D.C. would be able to achieve its stated goal of bringing traffic to a standstill.

“Right now, we’re anticipating a potential impact to the surface transportation in the city,” he said. “We’re planning to address it, as big or small as the footprint is in the city.”

So, what exactly are police planning?

D.C. police have taken several steps to prepare, including mobilizing extra officers, Sternbeck said. He declined to say how many additional officers the department will deploy.

Sternbeck said the department is also collaborating with “our local government partners” to coordinate a response. Officials will activate D.C.’s Emergency Operations Center and Joint Information Center on Monday to monitor “potential disruptions to District operations,” according to a joint news release issued Friday by the District Department of Transportation, the D.C. Homeland Security and Emergency Management Agency and D.C. police.

“The Bowser Administration is currently monitoring first amendment activities planned by local climate change organizations,” the release said. “Although we are unaware of specific locations that will be impacted, there is the potential for traffic delays and disruptions throughout the District.”

What should you do to prepare?

First of all, stay informed.

Sternbeck said police are encouraging District residents to keep abreast of developments Monday morning by signing up for D.C. alerts and by monitoring “our social media messaging.”

Second, he said, consider switching up your commute. Sternbeck suggested those who normally drive into the city for work consider taking “different transportation modes” such as Metro.

Or — if you can — just stay home. Come Monday, “maybe you should telework,” Sternbeck said.

“You know, if the opportunity presents itself … then take advantage of that opportunity,” he said.

“Don’t go to work and join us on Monday!” she urged. “It’s a climate emergency and we need this stuff to happen right now.”

Why shut down the streets?

“We’re taking action in Washington, D.C., because that’s where we live, work and go to school,” the group says on its website. “If we lived in Cleveland, we would be trying to disrupt business-as-usual in Cleveland.”

The site notes that demonstrations Monday form part of a broader wave of youth-led unrest over a rapidly changing climate. The traffic stoppage is one of more than 1,400 events taking place around the world Sept. 20-27 as part of a Global Climate Strike.

Nonetheless, the D.C. protest is unique: The nation’s capital arguably boasts more highflying political players per square inch than any other place on Earth.

“The folks driving downtown to work at the White House, Capitol Hill or numerous corporate lobbying offices on K Street are influencing or making decisions that directly impact people across the globe,” Butler said. “We have to be willing to put the kind of pressure necessary on this town to ensure they start making decisions that are about communities and people, not corporate profits.”

Still, Shut Down D.C. knows its protest will affect more than just Trump administration employees. The group consulted with organizations “led by people of color, immigrants and working-class people in the area” ahead of the demonstrations, according to its website, and “heard enthusiastic support.”

“We do not take this action lightly,” an FAQ on the site states. “We know that this shutdown will cause massive disruption to people who bear little responsibility for the climate catastrophe we are facing.”

Butler added: “Stopping business as usual is what’s necessary in a moment like this: we need to stop acting like everything is okay!”

Has this ever happened before?

In May 1971, roughly 25,000 (mostly young) people calling themselves the “Mayday Tribe” tried to shut down all traffic in the city to protest the Vietnam War. Participants planned to station themselves on 21 key bridges and traffic circles to prevent federal employees from getting to work, L. A. Kauffman wrote in her book “Direct Action.”

Unfortunately for the demonstrators, the Nixon administration obtained the Mayday Tribe’s detailed tactical manual, according to Kauffman. Police and military forces — Nixon took the unusual step of deploying the National Guard, the Army and the Marines — swooped in to arrest most protesters before they could get into position.

For the short time the demonstrations lasted, they did have some effect: Traffic stalled, and the protests inspired some government employees to either stay home or arrive at their offices before dawn.

A handful of legislators had a more novel reaction: At least three members of Congress opted to canoe across the Potomac River to Capitol Hill, Kauffman wrote.