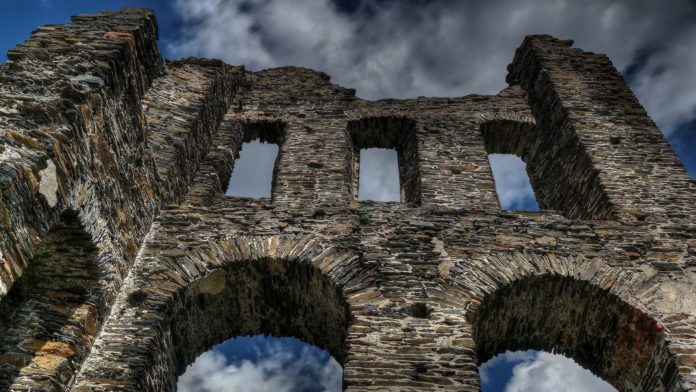 When you think of castles, such places as Windsor, Sterling, and London come to mind. One might not expect that San Francisco, California should be added to this list. Julius castle on beautiful Telegraph Hill is a little known secret; a treasure hidden away at the end of a secluded San Franciscan lane.

This castle was never used to defend a city. No King or Queen ever ruled from a throne here. However, a feast fit for royalty is prepared every night within this modern fortress. Looking out on the water from the Golden Gate to the Bay Bridge and beyond, Julius Castle provides one of the most amazing views in the city. If the food were not quite so delicious you could easily find yourself lost in a trance staring out at the rolling hills, slow moving ferries, and untouched islands.

Built to resemble a castle using Redwood trees, and maples from the Pan Pacific Expedition, Julius Castle dates back to the 1920’s. An Italian immigrant Julius Roz envisioned a “castle on the hill”, and his vision became reality when the doors opened in 1922. Patrons of the castle have watched the scenery outside its windows slowly change since then as the Bay Bridge began construction in 1933, and Treasure Island was literally built from the earth at the bottom of the bay for the 1939 World’s Fair.

In 1947 the film “Dark Passage” displayed the castle’s neighborhood for the world to see as Humphrey Bogart and Lauren Bacall sought to help the falsely accused character Vincent Parry evade police, former friends, and small time crooks. The movie’s setting takes place only feet from where the castle stands and to this day a cut-out of Bogart watches diners as they approach the entrance.

If you find that you have enjoyed too much of the fine food and wine within the castle you may seek some after dinner activity by either venturing further up Telegraph Hill to Coit Tower, or down the hill via the Filbert Stairs. Located at the very peak of the hill Coit Tower overlooks the city both from its base, and even more spectacularly from the tip of its tower, another 63 meters high. The tower, which was built in 1933 with funds donated by Little Hitchcook Coit, offers more than just the scenic views outside. Painted murals adorn the interior of the structure depicting scenes from California during the great depression and other historic periods.

If climbing the hills of San Francisco has quickly lost its charm then traveling in the opposite direction down the Filbert Stairs may be a good choice. These stairs wind down to Sansome Street, right off of the famous Embarcadero through pristinely kept gardens and beautiful homes. As you marvel at the views on your 377 step journey down the hill make sure and appreciate that you are taking the only means of arriving at the 19th century cottages you pass, as there is no road access! Once you reach the bottom you are a short walk to the San Francisco ferry building, or Fisherman’s Wharf.

As you go off to explore these other exciting attractions, try not to forget that you just dined at a world class castle, right in the middle of modern California.