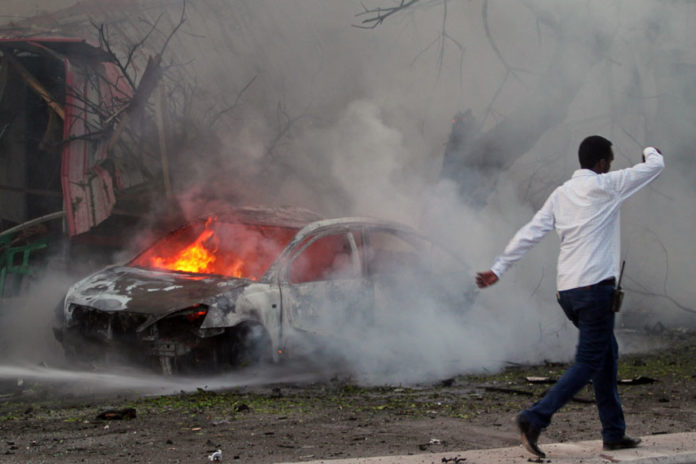 The blast struck in Al-Rai near the Turkish border, the Britain-based Syria Observatory for Human Rights said. A member of the rebel security forces said that a refrigerator truck blew up outside a healthcare centre.

Beirut: A car bomb near a hospital in a town held by Turkey-backed Syrian rebels in northern Syria killed 11 civilians on Sunday, a monitor said.

The blast struck in Al-Rai near the Turkish border, the Britain-based Syrian Observatory for Human Rights said.

There was no immediate claim of responsibility for the bombing near the town’s entrance, the second such deadly blast in the wider rebel-held area since June.

A member of the rebel security forces, Osama Abu al-Kheir, told AFP that a refrigerator truck blew up outside a healthcare centre.

Turkish troops and allied Syrian rebels launched a military operation against both the Islamic State group and Kurdish fighters in northern Syria in 2016, seizing Al-Rai and the nearby town of Azaz.

In June, another car bomb killed 19 people near a bustling market and mosque in Azaz.

Ankara keeps Turkish troops and intelligence forces in the area, and it backs Syrian rebels serving as police officers.

Turkish troops and Syrian rebels also seized the northwestern enclave of Afrin to the west of Al-Rai from Kurdish fighters last year.

The Kurds have established a semi-autonomous region in the northeast of the country during Syria’s eight-year war, but Ankara considers their fighters to be “terrorists”.

Ankara and Washington last month said they would work together to set up a buffer area inside northeastern Syria along the Turkish border after Kurdish fighters had withdrawn.

A first joint Turkish-US patrol surveyed the area to the east of the Euphrates River last week.

IS lost the last of its territory in Syria to a US-backed Kurdish-led offensive in March, but the jihadist group has since claimed deadly attacks in the northeast.