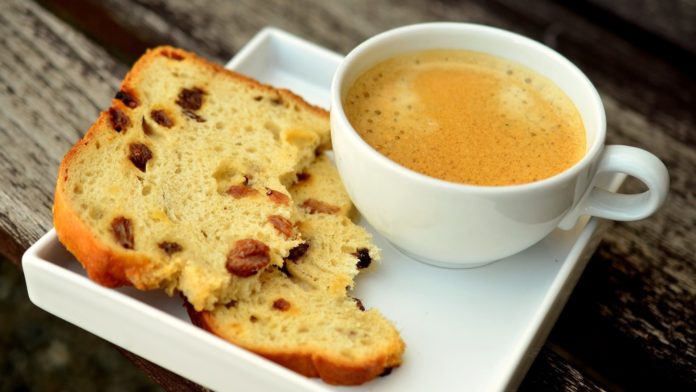 The article is filled with Caffeine.

From the year dot, my mother taught me that coffee was not bad for you. But of course it is. As a result, I managed to keep away from coffee, at least until the difficult age of 10, when, as I recall, I was allowed to join my mother and her neighbors in their regular gossip sessions at the coffee table.

That was when I started to exercise my taste buds on coffee. In those days, I developed a liking for coffee with milk. Perhaps I should have said I drank milk with coffee. However, I know now that the coffee I was drinking back then really was not so good. It was pre-ground, over-boiled and sometimes brewed with the grounds from the day before. Could you imagine anything worse? No wonder I wanted to hide that hideous flavor with tons of milk. Before reading ahead, Convergentcoffee – Reviews of Coffee and Espresso Machines can be explored.

In the meantime, I probably took a good sip of coffee on the road and woke up to a much more pleasant reality. Coffee can be very good. But why do so many voices whisper that coffee and health do not belong together?

Call it food or beverage, coffee is free of any nutritional value. As indecent as it may sound, we consume it exclusively for pleasure.

Yes, the caffeine content in coffee is partly responsible for that pleasure. Caffeine acts as a mild stimulant across the central nervous system. It leads to a better memory, better judgments and idea associations, better coordination of body movement.

A single-serve espresso contains between 80 and 120 milligrams of caffeine. A normal cup of coffee (even drip coffee) contains about 100 – 150 milligrams of caffeine. Common sense calls this moderate consumption at one sitting. Within several hours (although this may vary from one person to another) caffeine is eliminated from the body. Average coffee drinkers can have three or four cups of coffee every day without from any health risk.

As with other foods and beverages, the effects of coffee consumption vary with the dose. Moderate coffee-drinking can be medicinal. Excessive coffee-drinking can be poison. The average female coffee drinker can experience ill-effects after ingesting 550 milligrams at one session. The amount for males is 700 milligrams. These effects refer to headaches, nausea and petulance. Ten grams of caffeine constitutes an overdose. This would be impossible to reach exclusively by drinking coffee. You would need to ingest 100 cups at one session. If you ever do, this may be the last thing you will ever do.

Coffee consumption is not recommended when certain health problems arise. While we have no solid proof for this it is wise to avoid unwanted risks.

Acidity describes the sour component of the coffee taste. It is particularly strong in Arabica coffee and in light roasts. It may have a negative effect on digestion. People less tolerant of acidity but who still wish to drink coffee, can choose a decaffeinated coffee or a natural low-acidity coffee from Brazil, India or the Caribbean.

Other effects noted (for example, in pregnant women) have not been proved to be significantly negative. The medical community today has tended to clear coffee of long-term negative effects upon human health.

The beneficial effects of coffee

Coffee has proved beneficial for asthma sufferers. Two to four small cups of coffee throughout the day will help to reduce the recurrence of astma-attacks, and moderate their intensity.

The beneficial effects of moderate caffeine consumption are widely recognised: caffeine works on alertness, mood, sensorial activity and memory. Of course, you may choose to take your daily caffeine ration from other foods and beverages, such as chocolate, carbonated drinks based on coca-nut extract, or tea.

Beside these effects, more or less proved by the medical community, I would mention one more: the pure pleasure of sipping a good cup of coffee. If every person on this planet did this every day, I believe there would be fewer wars, suicides and health problems generally, fewer people who suffer from depression. But I could be wrong.