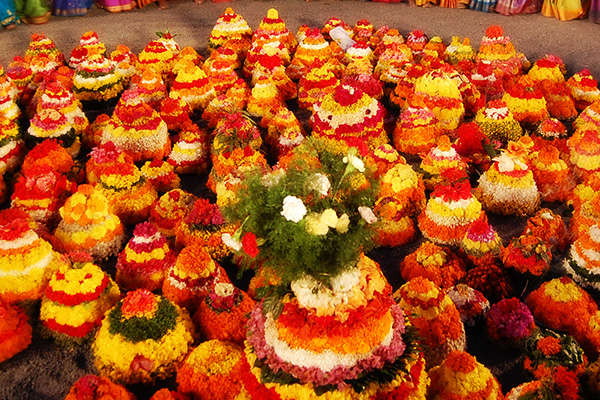 Hyderabad, Sept 28 (PTI) ‘Bathukamma’, the floral festival of Telangana, began across the state on Saturday with women enthusiastically taking part in the festivities.

Women sing songs and dance around specially arranged flowers during the festivities, which will be held till October six.

The Bathukamma festival is described as a celebration of the ‘inherent relationship human beings share with earth and water”.

Legend has it that the flowers used in ‘Bathukamma’, including ‘Tangedu’ (Tanners Cassia), have the quality of purifying water in ponds and tanks after their immersion.

The Telangana government on September 23 kicked off its saree distribution program for the Bathukamma festival.

Over one crore women in the state are expected to receive the sarees.

State Municipal Administration Minister KT Rama Rao, who launched the Bathukamma saree distribution program at Nalgonda, had said efforts are being made for providing work and achieving better living standards for weavers (through Bathukamma saree making).

The state government would spend Rs 313 crore for saree distribution this year, an official release had said.